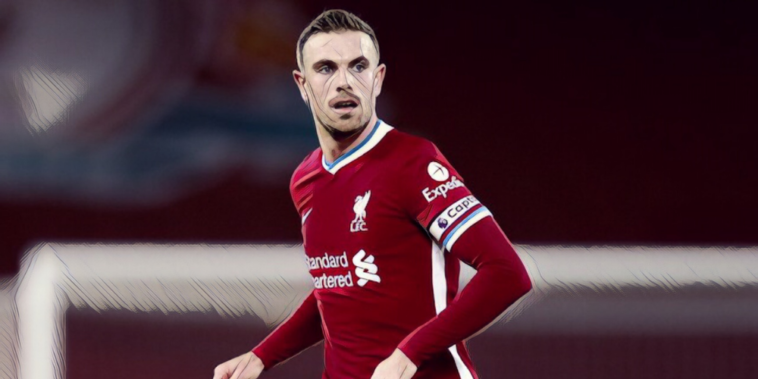 Jordan Henderson has leapt to the defence of Jurgen Klopp and insists Liverpool’s players take ‘full responsibility’ for the club’s disappointing performances this season.

Liverpool’s title defence has collapsed in spectacular fashion with the Reds having lost their past three league fixtures in succession, a 3-1 defeat at Leicester on Saturday extending the club’s recent run of poor performances.

Klopp has seen the pressure increase in recent weeks with Liverpool having won just two of their past 10 games in the Premier League, with the German conceding his side’s hopes of defending their crown were over following the defeat at the King Power Stadium last weekend.

Henderson has now come out in defence of the Reds boss and has praised Klopp for his attempts to ‘protect’ his under-fire players, though insists the squad take ‘full responsibility’ for their recent form and has called on Liverpool to bounce back and ‘put on a performance’ ahead of tomorrow’s UCL clash with RB Leipzig.

“The manager is really good in situations like this. In adversity the manager is the one we listen to the most,” Henderson told a pre-match press conference.

“He is always there for us as players; he tries to protect us as much as possible.

“But deep down we know as players we take full responsibility and it’s down to us to go out on the pitch and change this tough period that we are going through.

“There is no question marks about how the manager reacts after games. He reacts in the total opposite people might think and handles situations like that very well.

“And that’s why we want to go out there and put on a performance, not just for the team, but for him as well.”

Henderson also rubbished reports of a dressing room bust-up between Andy Robertson and Alisson following the loss at Leicester, the latter having made a huge error in the build-up to Jamie Vardy’s goal after previously making two catastrophic mistakes against Manchester City last time out.

The club captain laughed off suggestions of a post-match ‘fight’ between the pair, however, admitting he paid little attention to the keyboard ‘rumours’.

“Someone is sitting behind a keyboard making rumours up about the manager and players in the dressing room. It’s not true.

“I quite like the rumour about Robbo and Ally having a fight, that made me chuckle a little bit. But I didn’t give it a lot of thought.”