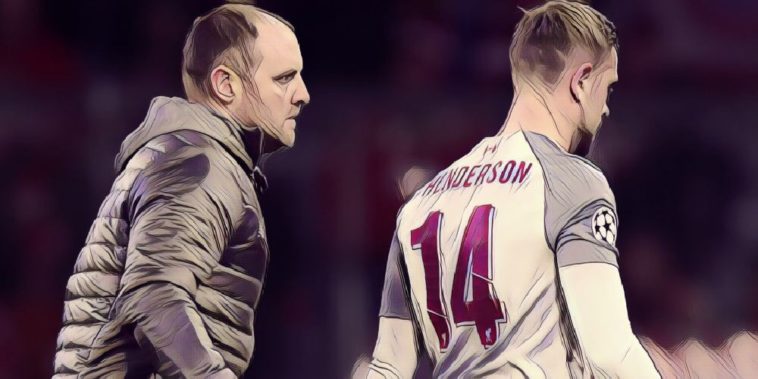 Jurgen Klopp has revealed that Jordan Henderson will miss Liverpool’s clash with Fulham this weekend, though Naby Keita could return to the side.

Henderson limped off early in Liverpool‘s 3-1 Champions League win at Bayern Munich on Wednesday, with manager Jurgen Klopp confirming his captain will miss the trip to Craven Cottage.

“It’s serious enough to rule him out for the weekend,” Klopp said of Henderson at a news conference on Friday.

“The international break will hopefully be long enough to bring him back. It is to do with his ankle. It’s the best it can be but still not good enough.”

Klopp revealed fellow midfielder Keita could return having missed the trip to Germany with a minor problem, with the 24-year-old set to undergo a late fitness test.

“We have to see if Naby [Keita] can train today, he’ll come in later for checks and it was positive so hopefully it stays positive when he goes outside.”

Meanwhile, Alex Oxlade-Chamberlain is not yet ready as he steps up his recovery from a long-term knee injury, but could return following the international break.

“Ox will be 100% fit after the international break,” Klopp added.