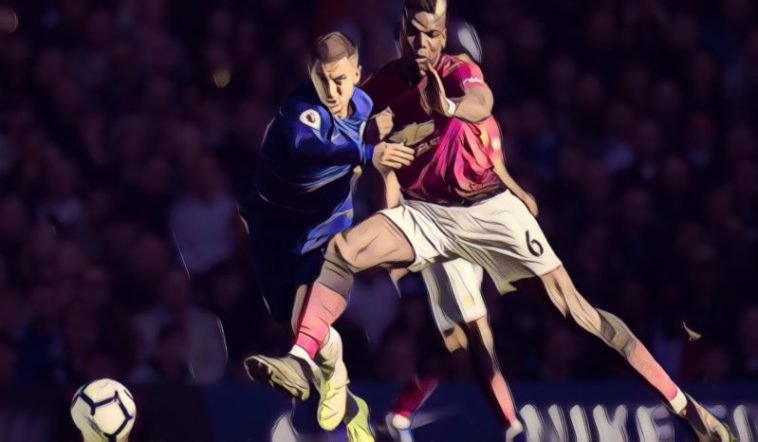 Zinedine Zidane is set to be heavily backed in the transfer market this summer, having returned to the Spanish giants as manager last month.

Chelsea star Hazard has long been linked with a move to the Bernabeu, with the Belgian international having not signed an extension to his deal at Stamford Bridge which is set to expire in 2020.

The 28-year-old has made no secret of his desire to move to Spain and work under Zidane, with officials at Chelsea now resigned to losing the talismanic winger.

Real are expected to make an official bid for Hazard next week, with an opening offer of around £85m, though Chelsea are believed to be holding out for around £100m.

The Spaniards are confident of securing a deal for Hazard, and according to The Sun will then turn their attentions to Manchester United midfielder Pogba.

Zidane wants Pogba to help revitalise an ageing midfield, whilst the 26-year-old recently described playing for Madrid as ‘a dream‘.

Pogba’s representatives are believed to be aware of Madrid’s interest, thought any deal for the France international would involve a significant fee.

Pogba has two years remaining on the deal he signed when joining in an £89m deal from Juventus in 2016.