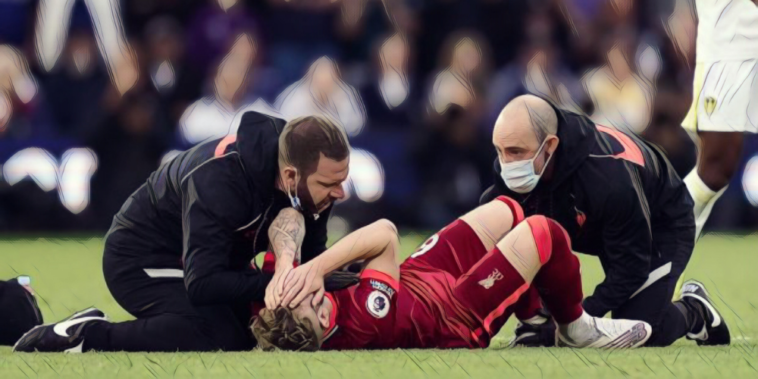 Elliott was stretchered from the field with a serious ankle injury during Liverpool’s 3-0 win at Leeds on Sunday, the teenager immediately taken to hospital after sustaining the injury in a challenge midway through the second half.

The 18-year-old is set to face a significant spell on the sidelines in what represent a cruel moment for the midfielder, who has impressed since breaking into the Reds’ side during the early stages of the Premier League season.

Klopp says the youngster has ‘accepted’ he faces a lengthy road of rehabilitation, confirmed Elliott is currently in London to undergo surgery.

“I spoke to him after the game and he was in the best possible place for that moment,” said Klopp at his pre-match press conference ahead of his sides UCL opener against AC Milan tomorrow.

“He had already accepted it and knew he would be out for a while. Today he is in London and will probably have the surgery.

“Obviously that is the next step on the road back, so we all wait for news from that.”