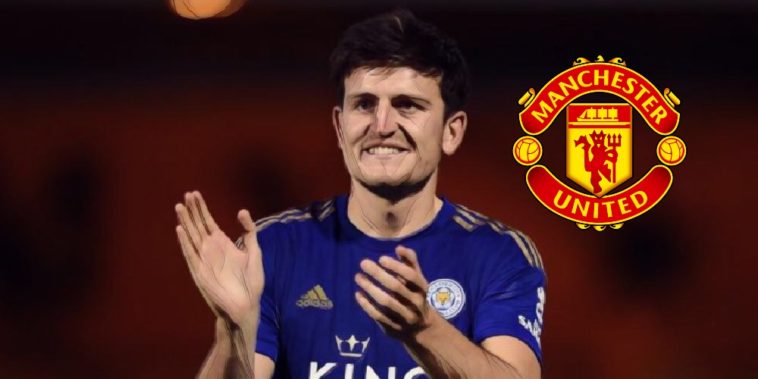 Harry Maguire’s record-breaking transfer to Manchester United from Leicester City caused a huge stir on Twitter, where he was lauded, critiqued and memed in equal measure.

It’s finally going to happen. Harry Maguire is moving to Manchester United. Thank god that’s coming to a close soon and we can all move on with our lives. I mean, we all think we love a good transfer saga, but in reality, they’re a bit tiresome, aren’t they?

Look, we can all be delighted for Slabhead all the same though, yeah? A proper salt-of-the-earth Yorkshireman who has worked his way up the greasy pole of English football to eventually reach one of the biggest clubs in world football.

Maguire started out his professional career at local side Sheffield United, where he roughed it out in the third tier for several years, before moving to Hull City, where he was a part of one of the worst Premier League teams in recent memory. Now one member of that defence has won a Champions League and another has just smashed the transfer record for a defender.

It’s a real Cinderella story. You know, if Cinderella had a massive forehead and the presence of Groot from Guardians of the Galaxy.

Read this script and nowhere did it mention @HarryMaguire93 signing for @ManUtd. Already proven bunkum. pic.twitter.com/cmUJ631r8R

Harry Maguire's fee knocks Cristiano Ronaldo to Real Madrid out of the world's top ten most expensive transfers. If Maguire doesn't score as many as both Ronaldos and win as many European Cups I'll be very disappointed.

Manchester United are one of the richest teams in world football & fans feel like The Glazers don’t care enough about investment. They’ve also put up with Smalling & Jones for almost 10 years. Somehow, I don’t think they’ll be losing sleep over you calling Maguire overpriced.

And, to be fair, some of these stats might justify that buzz and excitement.

Harry Maguire completed more take-ons (17) than any other CB in the Premier League last season, and only Toby Alderweireld (7.4) averaged more long balls per game (6.6).

78% – Harry Maguire won 78% of his aerial duels in the 2018-19 Premier League season; a better success rate than any of the 205 other players to be involved in 50+ aerials in the competition, just ahead of Virgil van Dijk (75%). Slab. pic.twitter.com/SK0OVlUHU6

His signing presents one obvious problem, though.

Maguire joining United means they’ll have seven centre-backs with Lindelof, Bailly, Rojo, Jones, Smalling and Tuanzebe already there. You would think at least one will have to go.

There is a logic that Tuanzebe must go out on loan if Maguire arrives and no CBs are sold this season. Axel MUST NOT sit on the #MUFC bench. He needs regular football in the PL. Would like to see Rojo sold in the coming days. Not good enough.

At least now no one can deny Ed Woodward doesn’t get the job done.

Apparently, Slabhead is a figure of fun to some people? I, for one, am shocked.

Here he is, the most expensive defender in the world. pic.twitter.com/L7tXbHdcc5

How the mighty have fallen pic.twitter.com/dvOt4jL24U

Liverpool fans were poking fun at their rivals over the fee, but United supporters were having none of it.

“Manchester United fans have been sick of the Smalling and Jones sight so I’m just here to bang in headers week in week out.” pic.twitter.com/IseeLAaH59

Lindelof tonight knowing he won’t have to be paired with Smalling or Jones anymore pic.twitter.com/3n9n3CfIWz

Scenes in Manchester after United fans don’t have to put up with Jones and Smalling again with Maguire now at the back pic.twitter.com/2MGofoETTe

Smalling and Jones planning ways for the Maguire deal to suddenly fall through https://t.co/mRJ0v7hFD9

It’s over, no more of this from centre-back… I’m crying 😭pic.twitter.com/QhpnL6Tslq