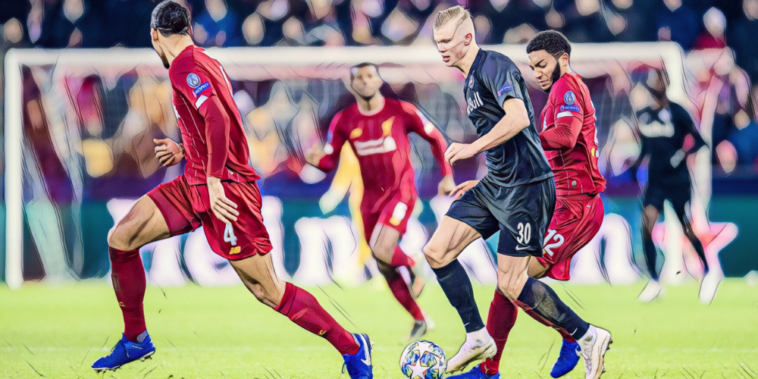 Erling Haaland has hailed Virgil van Dijk as ‘f***ing smart’, and says the Liverpool centre-back is the best defender he’s ever played against.

Haaland will face Van Dijk as Norway take on the Netherlands in World Cup qualification on Wednesday, with the latter regarded by many as the best central defender in world football.

The Norway international first faced Van Dijk during a Champions League clash between Liverpool and Red Bull Salzburg in October 2019, scoring in a 4-3 defeat to the Reds at Anfield.

Haaland has since developed into one of Europe’s leading forwards and admits he is relishing the battle with Van Dijk despite the formidable challenge the Dutchman poses.

“I do not really fear anyone, I think he is the best defender. I think quite a few others in the room agree with me on that,” he told a press conference.

“He is fast, strong and f***ing smart, and there are three important things you must have.

“I have played against him twice, I have said that he is the best I have met. He is a good player, so we have to try to play around him.”

Van Dijk was later informed of Haaland’s comments, to which he smiled and replied: “Did he say that? It was kind of him.”