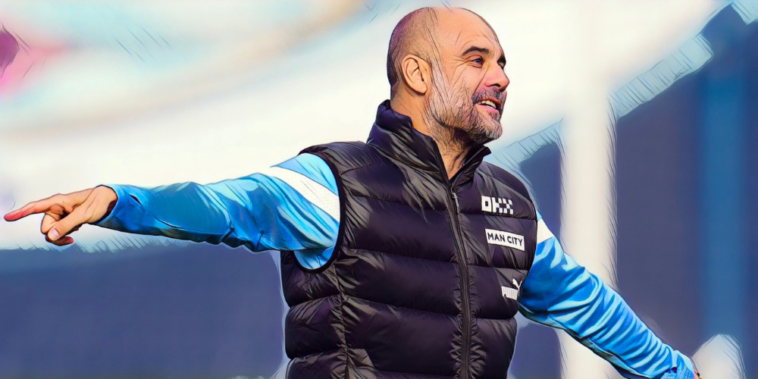 Pep Guardiola is wary of the threat Everton pose to his Manchester City side this weekend despite the club’s poor form.

City welcome the Merseysiders to the Etihad as the champions look to up the pressure on Arsenal at the top of the Premier League table. Everton arrive in need of a result of their own, having lost four consecutive league fixtures to sit just a point above the relegation places.

Despite the struggles of Frank Lampard’s side in recent games, Guardiola believes Everton possess the quality to trouble his team, especially on the back of two ‘demanding’ fixtures.

“The last two games against Liverpool and Leeds were so demanding, high intensity, we handle really well,” the Spaniard said at his pre-match press conference.

“I don’t know what Everton will do, sometimes they press high but not last season. We have to know the transitions, start from Pickford. The quality is there, they have exceptional players.

“In this period, everyone’s thinking of New Year’s Eve, the distraction can be a problem. Two days after Leeds, we have to be ready.”

Everton are set to be boosted by the return of Dominic Calvert-Lewin, with the forward having started just four league games due to injuries this season. Guardiola praised the 25-year-old and warned his side that they must be alert to the danger of Calvert-Lewin.

“Unfortunately for him was injured for the last period, doesn’t have the consistency to play. On top he’s exceptional, long balls, second balls. He’s a dangerous player.”