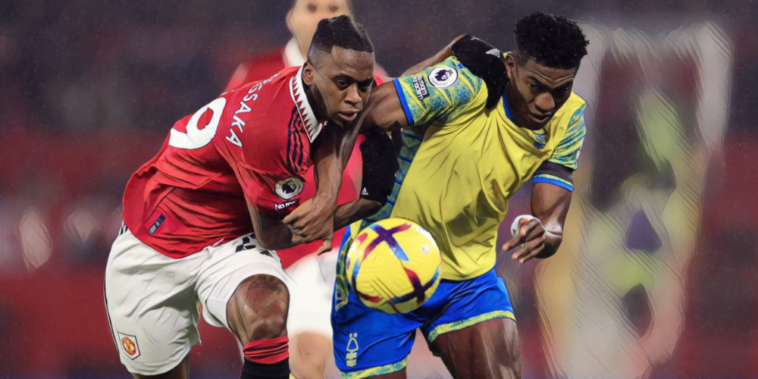 Erik ten Hag has been pleased with Aaron Wan-Bissaka’s improvement after the defender’s return to the side at Manchester United.

Wan-Bissaka has spent much of the season on the sidelines but has returned to the team across the past two fixtures, starting successive games for the Red Devils for the first time since March.

The right-back had featured for just four minutes in the Premier League before the World Cup, but Diogo Dalot’s injury has provided Wan-Bissaka with a chance to impress.

The 25-year-old – who has been linked with an exit in the January transfer window – is expected to start against Wolves this weekend and Ten Hag has been pleased with Wan-Bissaka’s recent improvement.

“First, you have to be on the pitch,” Ten Hag told his pre-match press conference. “And in the first-half of the season, he was either injured or ill, so you don’t have a role in the squad. So, I thought that the break was good for him.

“He returned, he was in the training camp in Spain, he could play some games in preparation for the restart. Now he is playing games and he is doing really well so I am happy with his performance. But we need that competition in our squad.”

Wan-Bissaka has been criticised for a lack of attacking impetus since his arrival at Old Trafford, but provided an assist in the Carabao Cup win over Burnley last week.

Ten Hag was asked how the defender can develop his game and said work on the training ground is required for growth.