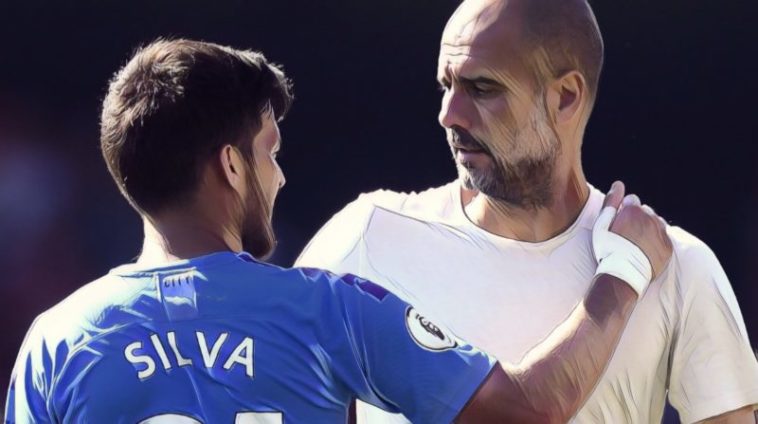 Man City boss Pep Guardiola paid tribute to David Silva today as the mercurial midfielder made his 400th appearance for the Citizens and played a starring role in his sides 3-1 win away to Bournemouth.

It didn’t take Man City long to get into their groove and the Etihad outfits all-time leading goalscorer Sergio Aguero put the reigning Premier League champions into the lead after 15 minutes, the Argentine striker stroking home from close range.

The game seemed all but over as a contest a couple of minutes before the break when in-form attacker Raheem Sterling finished after being expertly put through by Silva.

However, Bournemouth were handed a lifeline in injury time when on-loan Liverpool forward Harry Wilson stepped up and curled a world-class free-kick into the top corner.

The Cherries looked like they believed they could get something out of the game after the break and came close to equalising, only for Ederson to save smartly when Callum Wilson went through one-on-one.

Aguero would score again though in the 64th minute with a trademark strikers finish and City played out the rest of the game in complete control.

Silva was not the only record-breaker on the south coast today with Kevin De Bruyne becoming the fastest player to reach 50 Premier League assists, and Aguero netting his 400th career goal.

Speaking after the game Guardiola was relatively pleased with his side’s performance against a tough Bournemouth outfit.

“It was a tough game, we knew it would be,” Guardiola told BBC’s MOTD.

“We have seven points. We should have nine, but it’s OK.”

“We didn’t create so many chances today, but Raheem is still scoring goals, which is good for us.”

City skipper Silva is set to leave the Etihad at the end of the season after a trophy-laden decade at the club and Guardiola hailed the Spaniard as one of the best players he has ever seen.

“He played incredibly well. David in this kind of game – with a defence so deep and with such few spaces – is so good. He’s one of the best players I’ve ever seen.”

Read: The 16 players to have scored 25+ goals in a single Premier League season