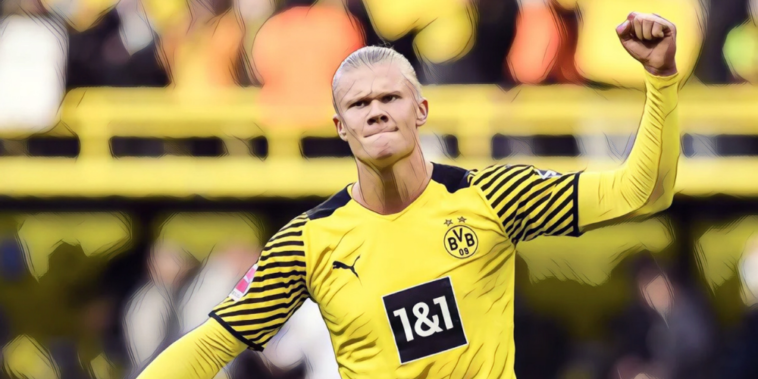 Pep Guardiola has refused to comment on speculation that Manchester City have agreed a deal to sign Erling Haaland this summer.

City are believed to have agreed a deal with the Borussia Dortmund forward that will make Haaland the highest-paid player in the Premier League, with the club understood to be preparing to activate the £63m release clause in the Norwegian’s contract.

Guardiola’s team face Brighton in the Premier League on Wednesday evening and ahead of the clash the Spaniard refused to discuss potential incomings.

“No answer to your question. I have another concern in my head to think what will happen in this club next season,” he told his pre-match press conference.

City have operated for much of the campaign without a recognised centre-forward and Guardiola insisted he does not know ‘what will happen in the future’ with his side’.

“We are playing without a striker. I don’t know what will happen in the future.

“For many years I don’t think about transfer windows especially when we have incredible things to play for.”

City are one point ahead of Liverpool in the Premier League title race at present, though Guardiola is expecting Brighton to pose a difficult challenge to his side’s title hopes.

The Seagulls head into the clash having won back-to-back away games at Arsenal and Tottenham and Guardiola was full of praise for Graham Potter and his team.

“They beat Spurs in the past and every time we’ve played them you know my opinion. I have a lot of admiration for them, how they play, their results. It’s a good test for us.”