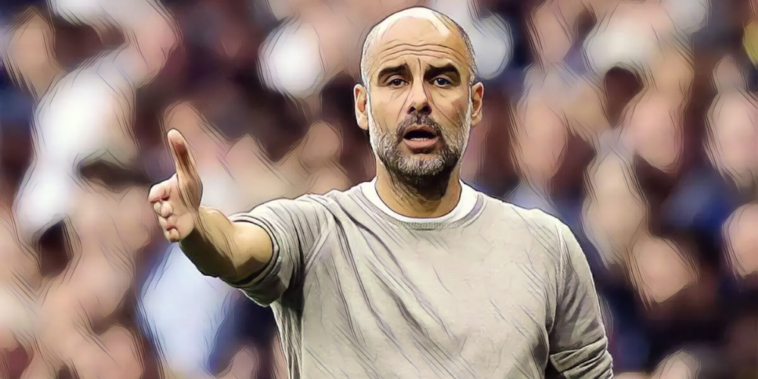 Pep Guardiola has refused to apologise for his comments on Manchester City’s attendance, following a response from the club’s official supporters’ club.

Guardiola pleaded with more fans to attend this weekend’s fixture against Southampton, following a reduced crowd for the 6-3 midweek Champions League win against RB Leipzig.

The Spaniard’s comments have since provoked a disgruntled reaction from the official supporter’s club, with general secretary Kevin Parker critical of Guardiola’s plea and calling for the manager to ‘stick’ to football.

Guardiola, however, has refused to back down on his stance and says his side need the ‘support’ of the fans as they bid to navigate a tough period of fixtures.

“I am not going to apologise for what I said,” said Guardiola at his pre-match press conference.

“It’s not the first time I’ve said it in my career, I said it at Barcelona and Bayern Munich.

“When we play a tough game, like RB Leipzig was, and play three games [soon] after, I know how difficult it is, to ask for us all to do it again on Saturday. What I said was we need the support, it doesn’t matter how many people come, but I invite them to come and enjoy the game because we need the support.

“I am entirely grateful for the support that we had against Leipzig. I always say if guys want to come we will be incredibly grateful because I know how difficult the game will be and I know we need our people. I never sit here and ask why people don’t come. If you don’t come then don’t. I will not apologise to him [Kevin Parker].”