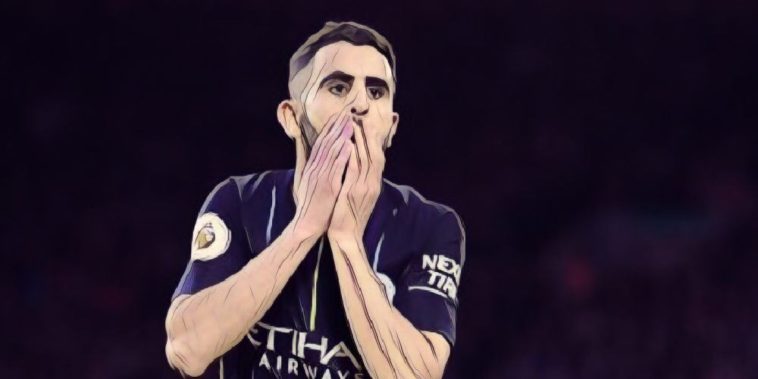 Pep Guardiola has praised Riyad Mahrez for having the courage to step up and take a late penalty in the 0-0 draw with Liverpool, despite it costing his side the chance to grab all three points.

It had been a game that was eagerly anticipated by fans from all around the country, with the top two teams in the Premier League going head to head at Anfield, in a fixture which had seen Liverpool win a seven-goal thriller last time out.

However, despite all the hype, this time round it was more of a cagey, chess-like affair, with both sides seemingly too scared to over commit going forward.

Man City were however given a late opportunity to snatch the win in the 85th minute, when Virgil van Dijk mistimed his challenge on Leroy Sane in the box. With Sergio Aguero having already been substituted, £60 million summer signing Riyad Mahrez insisted on taking the spot kick, despite interest from striker Gabriel Jesus, only for the Algerian to spectacularly blaze his effort high over the bar.

Despite costing his side the chance to go three points ahead of Liverpool in the Premier League, Pep Guardiola stood by his player, saying he had been taking good penalties in training all week:

“He had the courage and the balls to take the penalty, in training he shoots perfect penalties but sometimes it happens. The usual taker is Sergio Aguero but he wasn’t there,” Guardiola told Sky Sports.

“We played so well so if you want to analyse the result it was ok. Last season we lost here, and this season we drew, maybe next season we will win.”