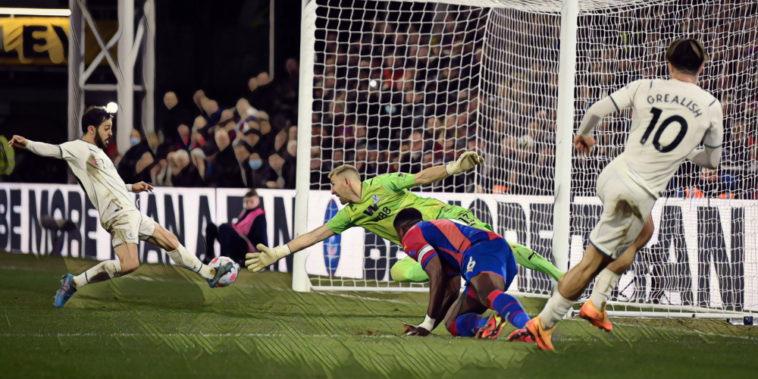 Pep Guardiola says he was ‘pleased with the performance’ despite Manchester City being held to a goalless draw with Crystal Palace, in a result which blows the Premier League title race wide open.

Guardiola’s side were unable to find a way through the Eagles’ stubborn resistance in South London, as Palace followed up their win at the Etihad earlier this season with another positive result and performance against the league leaders.

The draw moves City four points clear of Liverpool in the title race, though the second-placed Reds can close the gap to just one point with a win in their game-in-hand at Arsenal on Wednesday.

Guardiola says he was pleased with his side’s overall performance despite the dropped points, but admitted City struggled to take their chances.

“We play a really good game. In 90 minutes we concede mistakes a little bit, but the way we played was really good,” Guardiola said to BBC Sport.

Guardiola refused to make a substitution despite his side’s failure to break down the hosts and says his decision was based on a ‘good’ performance from his starting XI.

“We didn’t score, that was the mistake.

“The team that was there today was there before and will be there in the next game. I am very pleased with the performance and the way we played.”

City were dominant for much of the contest but lacked the killer instinct required, with Bernardo Silva guilty of missing the visitor’s best chances with two clear-cut opportunities either side of the half-time break.

Aymeric Laporte also blazed over the bar when well placed, after Joao Cancelo’s fierce strike had cannoned back off the post. Kevin De Bruyne also struck the woodwork as City missed the chance to restore their six-point advantage at the summit.

Palace rode their luck on occasion but defended resiliently to earn a valuable point and extend their recent run to just one defeat from seven Premier League fixtures.

City face Southampton in the FA Cup quarter-finals on Sunday, with Pep Guardiola’s side next in Premier League action against Burnley on April 2.

Read Also – Why are magnificent and complex Manchester City dumbed down and dismissed?