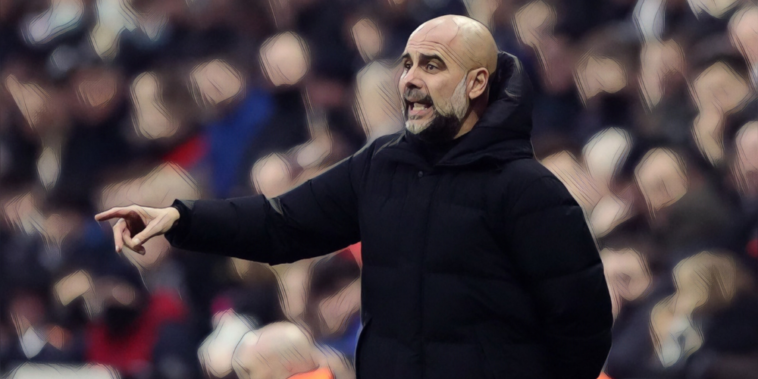 Pep Guardiola is anticipating a difficult test when Manchester City travel to face Newcastle in the Premier League this weekend.

City face the Magpies at St James’ Park on Sunday, looking to continue their perfect record after back-to-back wins to start the Premier League season. Guardiola’s team will be facing a Newcastle side who are also unbeaten however, and who have made excellent progress under the management of Eddie Howe.

Guardiola praised Howe ahead of the clash, with the former Bournemouth boss having overseen an impressive turnaround since taking charge of a Newcastle side in the relegation places last season.

“Their numbers and style of play speaks for itself. He arrived in a difficult position last season, when the owners took over he went on an incredible run of games,” Guardiola told his pre-match press conference.

“Newcastle away is always an incredible environment.”

City boast a strong recent record against Newcastle and have won the last six meetings between the teams, at an aggregate score of 22-3. However, Guardiola insists past results count for little and discussed the Magpies’ hopes of soon challenging the Premier League’s top teams.

“No one has a secret to success in world football. If you think you do you will fall down. One of the good things this club has is that we’re aligned, with the way we want to play, the players we want to buy.”

Guardiola was asked whether he had been surprised at Newcastle’s relative lack of spending, following the club’s Saudi-backed takeover.

The Spaniard believes this weekend’s opponents recruited well in January and says Eddie Howe will have planned his transfer strategy around what is best for the club.

“You don’t have to ask me I don’t know. I have never bought a player, I have never sold a player. It’s the club’s money. I think what they have done Newcastle is because they believe it’s the best. In the winter window they bought players because they were in trouble, then they got a lot of good results.”