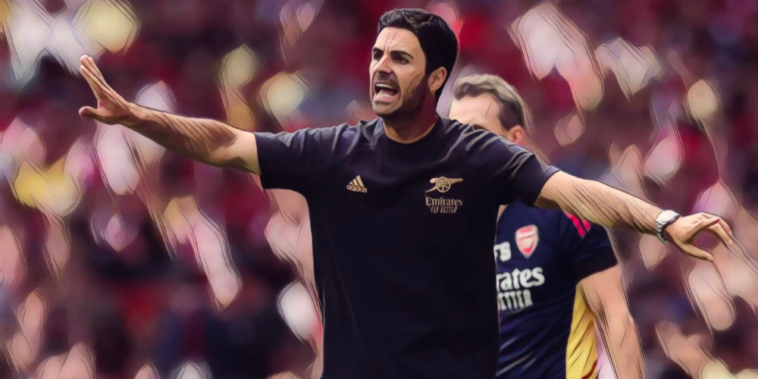 Mikel Arteta has opened up on his plans for the remainder of the transfer window, including speculation surrounding the future of Nicolas Pepe.

The Gunners got the bulk of their business done nice and early, bringing in Gabriel Jesus, Oleksandr Zincheko, Fabio Vieira, Matt Turner and Marquinhos during their pre-season preparations.

Arsenal – who have started the season with back-to-back victories in the Premier League – have been linked with adding more faces to their squad before the September 1st deadline, though Mikel Arteta says that he will only sign the right players, suggesting he will be happy if the club make no further additions.

“We want to only bring certain qualities through that door and if not then it’s not worth it,” he told a press conference ahead of a trip to face Bournemouth.

“I will be totally happy and focused on getting the best out of these players, for sure.”

While the Gunners have so far brought in five players, there have been very few departures so far. One player who has been tipped as a potential departure is club record signing, Nicolas Pepe, the Ivorian having failed to produce his best form since his joining from Lille.

The 27-year-old has been linked with a move to French side Nice in recent days, and Arteta syas that ‘anything is possible’ for any player in his squad until the deadline passes.

“What we can communicate we always do when it’s the right moment,” he said. “We discussed that we have a big squad and we’ve made some decisions and allowed some players to leave. Until the end of the window anything is possible with any player.”

One person who will not be leaving is academy graduate, Bukayo Saka, with the Gunners number 7 set to put pen to paper on a new contract.

“I am very confident that we as a club, Bukayo and his family and agent are all aligned,” he said. “Now it’s about putting that on a piece of paper

“I would like that to get done because I don’t want players to be distracted in the season. But these things take time.”