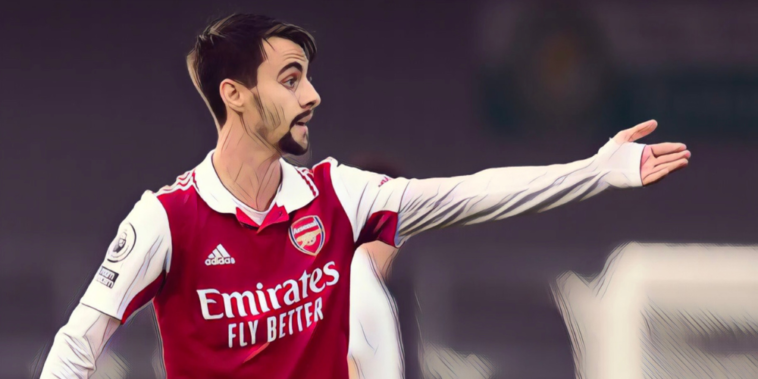 Premier League fans are always keen to catch a first glimpse of their summer signings and the first two weeks of the season have been filled with new arrivals and debutants.

However, there are still a number of excellent additions waiting for their first Premier League appearance in new colours and we’ve picked out five of the best summer signings yet to make their debuts.

Fabio Vieira’s arrival at Arsenal has gone a little under the radar, with fellow signings Gabriel Jesus, Oleksandr Zinchenko and returning loanee William Saliba taking the headlines in the early weeks of the campaign.

Vieira’s pre-season has been disrupted due to a foot injury, but he has been working on his fitness and featured for 45 minutes for the Gunners’ u21 side against Swansea on Wednesday evening.

New Arsenal signing Fábio Vieira in action for the first time with the U21s as he returns to fitness 🇵🇹 pic.twitter.com/DmOgYUaaeK

The 22-year-old will hope those minutes can put him in contention for a debut at Bournemouth this weekend, as the exciting Portugal u21 international prepares for his Premier League debut.

Vieira finished as the leading assist provider in the Primeira Liga last season and will add a new element of creativity to Mikel Arteta’s plans, following a £34m arrival from Porto.

He scored six goals and provided 14 assists, despite making just 15 league starts. In comparison to Arsenal’s other attacking options, Vieira led Martin Odegaard, Emile Smith Rowe, Gabriel Martinelli and Bukayo Saka for goals, assists, passes completed in the opposition half, forward passes and fouls won per 90 minutes in 2021/22. Only Odegaard (2.5) could better his 2.4 chances created per 90.

The Premier League will represent a step up, but Arteta is confident Vieira’s range of attributes can bring something new to his side. He started on the right flank in midweek, but Arteta believes he is capable of fulfilling a number of roles.

“We are already trying him in different positions in training,” Arteta told football.london. “He’s played on the left, right, as a false nine and an attacking midfielder, so it’s good. He doesn’t want to be locked in any one position, because he’s so used to it, and that’s a really positive thing for us.”

It’s been a busy, busy summer at Nottingham Forest.

Steve Cooper has overseen mass changes at the City Ground this summer, with Forest having made a huge 15 signings with the promise of more to come before the deadline.

Among the latest new arrivals is Emmanuel Dennis, who has been granted a second chance in the Premier League after an impressive debut season at relegated Watford in 2021/22.

Adding another to his tally 🙌

🇳🇬 Emmanuel Dennis with his sixth @premierleague goal of the season… pic.twitter.com/IGwq6OmehB

The Nigerian scored 10 goals and laid on six assists in 33 games for a Hornets side who struggled for much of the campaign and will hope to replicate those numbers in Nottingham.

The 24-year-old featured in a number of roles across the forward line last season and impressed with his work-rate and goal threat. Cooper will hope Dennis can hit the ground running and form a fine understanding with compatriot Taiwo Awoniyi, as the Super Eagles look to have Forest flying high this season.

Thomas Frank hailed Mikkel Damsgaard as a ‘classic Brentford signing’ after the creative midfielder signed a five-year contract with the club earlier this month.

The 22-year-old has joined from Sampdoria in a £16.7m deal, with Brentford’s search for a successor to Christian Eriksen ending with the capture of his talented compatriot. Damsgaard joins an ever-increasing contingent of Danes in west London and has impressed for Denmark at international level.

“Mikkel is, in my opinion, another classic Brentford signing,” Frank told the Bees’ website.

“He is a young player with big potential to develop further. We know we can help Mikkel reach his highest level. Mikkel is capable of creating and scoring goals and he has the ability to run with the ball past players. That is a great asset to have in the squad.”

Damsgaard shone after replacing Eriksen in the side at Euro 2020 last summer. He formed part of the Denmark team that reached the semi-finals and scored a spectacular goal in the nation’s last-four defeat to England at Wembley.

He has scored four goals in 16 appearances for Denmark and has predominantly featured in attacking midfield roles in the centre or off the left flank.

Djed Spence won plenty of admirers during a brilliant season on loan at Nottingham Forest last season, but the wing-back faces a fight to convince Antonio Conte at Tottenham.

Conte admitted that he approved the club’s deal for Spence, worth an initial £12.5m, despite admitting the defender was not among his own initial targets.

“Spence is an investment of the club. The club wanted to do it,” Conte said, as per the Mail.

“I said ‘OK, this player is young but he showed he can become a good, important player for us’. The club decided to buy him.”

Spence was electric on occasion at Forest last season as he helped Steve Cooper’s side to promotion. Last season he completed more take-ons in the Championship (76) than Matt Doherty, Emerson Royal, Sergio Reguilon and Ryan Sessegnon combined (48).

The 21-year-old faces a challenge to nail down a wing-back role in Conte’s plans however, and was not included in the matchday squad for the 2-2 draw at Chelsea last weekend.

Conte will want to run the rule over the defender before granting Spence an extended chance at Premier League level, but it is a challenge the England u21 international is relishing.

“The manager [was a big draw], obviously the club itself is a big club. Champions League football. Those were the things that made me want to come,” Spence told football.london in pre-season.

“The manager knows what he wants and he wants his players to work hard. I’m willing to do that. I think it’s going to be a good season for everyone. “Hopefully I can make a quick impact, no one really likes waiting, although I know you’ve got to be patient and if you get the chance, you’ve got to take it.”

Another of the new recruits at Nottingham Forest, Remo Freuler has swapped European regulars Atalanta for a place in Steve Cooper’s new-look side at the City Ground.

The experienced midfielder has been a cornerstone of Atalanta’s recent rise, captaining the club during the recent success of Gian Piero Gasperini’s reign.

Atalanta finished third in Serie A in three consecutive campaigns between 2019 and 2021, in addition to twice finishing as Coppa Italia runners-up, as the club punched above their weight to compete with Italian football’s traditional giants.

Freuler has now arrived to add composure and quality to Forest’s engine room with the 30-year-old having completed a £7.6m move to the Premier League.

The midfielder has won 46 caps for Switzerland at international level and boasts significant European experience, including featuring in all 12 of Atalanta’s Champions League and Europa League games in 2021/22.

Cooper will hope that the Freuler can fill the void left by James Garner’s departure, with the Manchester United youngster a hugely influential figure on loan at the City Ground last season.