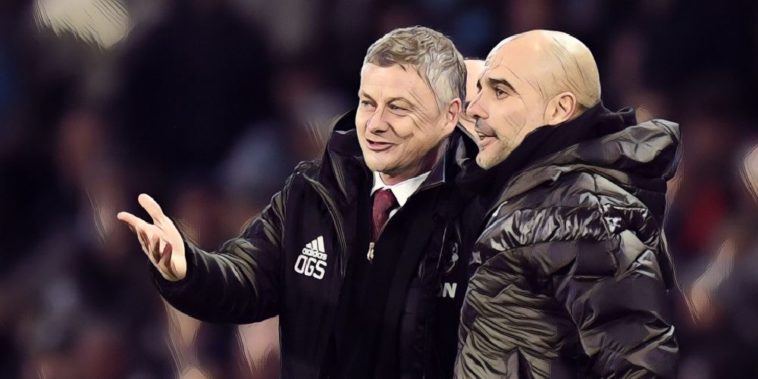 Pep Guardiola insists he has no sympathy for under-fire Ole Gunnar Solskjaer and says the Manchester United manager is well aware of the pressures and pitfalls of management.

Solskjaer’s position has once again come under scrutiny following the club’s Champions League exit in midweek, Manchester United crashing out of the competition in the group stage following a 3-2 defeat to RB Leipzig in Germany despite only needing a point from their last two group games.

United will be looking to bounce back when they return to league action this week and face a huge Manchester Derby clash with Guardiola’s Manchester City side on Saturday evening, the two sides currently separated by just one place and one point in the Premier League table.

Solskjaer will be under huge pressure to deliver a much-improved performance tomorrow with the Norwegian having seen his odds to be sacked significantly shortened over the past week, though Guardiola insists his counterpart understands the pressures of management and is in no need of sympathy.

“That’s why we get a lot of salary!” the Catalan said at his pre-match press conference.

“Important is to know the value of Solskjaer is there – no doubt about this. I don’t have to give him support because he is strong enough.

“He knows how it works, this job; when we win, we are a genius and when we lose, we have to be sacked. It happens in United and all the clubs around the world. This is the reality.”

Guardiola has confirmed that Sergio Aguero will not return to the starting side tomorrow despite scoring as a substitute against Marseille in midweek, whilst defender Eric Garcia remains absent.

City will be hoping to address an indifferent recent record against their cross-city rivals, having lost three of the four meetings between the two sides in all competitions last season.