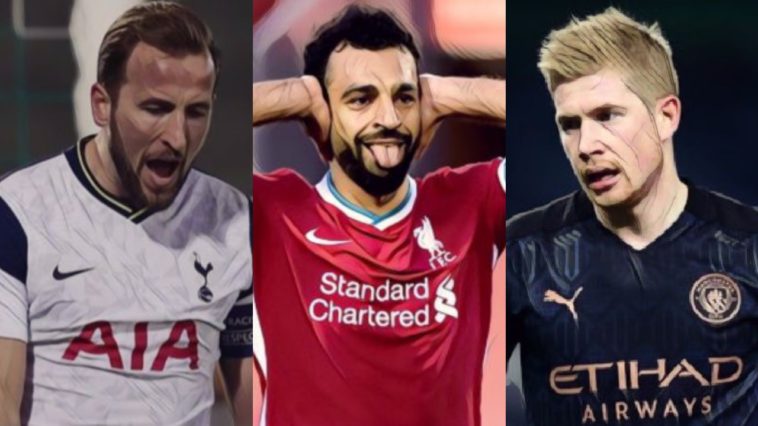 We pick out three of the best contenders for captaincy in gameweek 12 of Fantasy Premier League, looking at the in-form players and the teams they’re facing this weekend.

Make sure to listen to this week’s episode of The Fantasy Faithful podcast in which we discussed the big FPL topics ahead of GW12, including why Mo Salah is essential this week, doubling up on Harry Kane and Son Heung-min, the frustration caused by Timo Werner, and the decline of Pierre-Emerick Aubameyang.

Mo Salah vs Fulham (A)

Since missing Liverpool’s 4-0 win over Leicester City after contracting Covid-19, Mo Salah has scored once and made two assists in two games, showing no after effects of the virus in his game.

The Egyptian winger, who earned a double-digit haul for the third time this season in the win over Wolves at the weekend, now has nine goals and three assists in this campaign. Of those who have played a minimum of 450 minutes, Salah’s 7.56 points per game is the highest in the league.

In other words, Salah is still the same juggernaut in FPL that he’s always been and he comes up against Fulham in gameweek 12. The Cottagers have tightened up defensively since the opening month, but they have still conceded 38 shots in the box (13th), seven goals (joint-14th with six other teams), 6.63 expected goals allowed (15th) and 14 big chances (20th) over the past four gameweeks.

But has Jurgen Klopp’s decision to play Salah for the full 90 minutes in Champions League dead rubber against Midtjylland midweek thrown a spanner in the works? With a busy schedule on the horizon, this is seen in some quarters that he will be rotated for the Fulham game, but this is not necessarily the case.

Salah is very rarely rotated for one. He was left out of just four league matches last season (one of which was due to injury) and even that many was unusual for him. The Egyptian will probably be rested at some point over the festive season, but we don’t expect it to be this weekend. If you have him, captain him.

Listen to The Fantasy Faithful’s preview of FPL Gameweek 12

Harry Kane vs Crystal Palace (A)

It’s far too early to start talking about end of season awards, but if Harry Kane keeps up the kind of form he is currently on then he should sweep them all up. The Spurs striker has scored eight goals and made ten assists, leaving him just halfway to Kevin De Bruyne and Thierry Henry’s assists record with 27 games to go.

Kane has form going into this Sunday’s clash with Crystal Palace with four goal involvements in his last four matches, although his underlying numbers have noticeably decreased of late.

That can be explained somewhat by the tactics employed by Jose Mourinho in their recent games against opposition such as Man City and Chelsea where Spurs sought to minimise the amount of chances they gave away.

Against Arsenal, they were two goals ahead by the half, so they shut the game down and didn’t seek to attack the Gunners any further. The more instructive game might be the narrow win over West Brom in gameweek 8.

Kane scored the winner that day but it took until the 88th minute for the side to finally break down the Baggies. This is a team that has conceded more goals and chances than anyone else, don’t forget. Spurs have also struggled to break down other poor, defence-minded teams such as Newcastle and Burnley.

Will there be a similar story this weekend? The Lilywhites should have more than enough quality to handily deal with Palace, and Kane has a decent record against them having managed four goals and three assists in 12 Premier League games against the Eagles. But it feels like there won’t be many goals in this one.

Still, Kane is arguably the best bet for the armband if you don’t have Salah. He has returned in all but two matches this season and if anyone is going to score for them then it’s either him or Son Heung-min.

Fresh from his corner flag demolition job, Jamie Vardy could be a captaincy differential in gameweek 12 against Brighton. The Leicester City striker has a really good record against the Seagulls in the Premier League, coming up with four goals and an assist in six meetings.

Vardy has the third-most goals (9) so far this season, the most big chances (14) and the most expected goals (8.07xG including penalties), and comes up against a Brighton side that have conceded 18 goals in just 11 matches.

That said, it’s been well document this year that he performs better in away fixtures than he does at the King Power with just two of his twelve returns coming at home. Those two returns did come in his most recent home games, however, so that might be turning around.

There is also a case that Brighton’s style of play could play into Vardy’s hands, should Graham Potter’s charges look to play their usual possession-based game.

Playing Manchester United at Old Trafford would normally rule out any possibility of getting the captaincy in FPL, but the way things are going this season it might be the ideal time and place to do so this weekend for a few reasons.

Firstly, Kevin De Bruyne is back to his old self having provided a goal and four assists in the last four gameweeks. (Funnily enough, only Bruno Fernandes has more goal involvements (7) over that time.) Despite not playing on the opening weekend, the Belgian has the second-most assists (6), second-most key passes (28), third-most big chances created (5), and fifth-most shots (33) among all players in the league.

Secondly, Man City are back in form having scored seven and conceded zero goals in their last two games. They only beat Fulham 2-0 last week, but it should have been a bigger margin and De Bruyne could have easily added more to his goal and assist tally from that game.

Thirdly, United have been far worse at home than on the road and they are just coming off the back of a demoralising defeat to RB Leipzig that dumped them out of the Uefa Champions League.