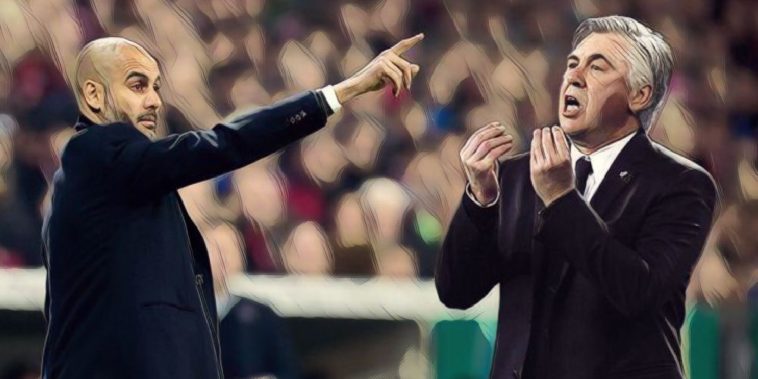 Man City will look to keep their faint title hopes alive on Wednesday evening, though will come up against a revitalised Everton side who have edged away from the relegation places since the sacking of Marco Silva earlier this month.

The Toffees are unbeaten in the Premier League since Silva’s departure, interim boss Duncan Ferguson ensuring the club remained unbeaten in their games against Chelsea, Man Utd and Arsenal, before Carlo Ancelotti steered the club to back-to-back wins over Burnley and Newcastle.

Speaking ahead of the game, Pep Guardiola admits that he is expecting a tough game against Carlo Ancelotti’s side, using the word ‘incredible’ no fewer than seven times to describe the Italian and his return to English football.

“Everton is Everton, one of the biggest and traditional and historical teams in England, with incredible quality in these players,” said Guardiola in his pre-match press conference. “They have struggled a bit for the points this season but the quality is there and with a new manager with incredible experience.

“A manager like Carlo and with his incredible capacity. Carlo is one of the smartest guys. He is always able, it doesn’t matter the team he takes. He has got good results in the last two games so it’s a difficult test for us.

“He is an incredible gentleman. He has conducted some of the greatest and more experienced teams in Europe, the list is huge and when that happens it is because you are an incredible manager. I think it is incredible news for English football he is back and I think he can make an incredible job there.”

See also – Best of the 2010’s: Our Premier League awards for the past decade