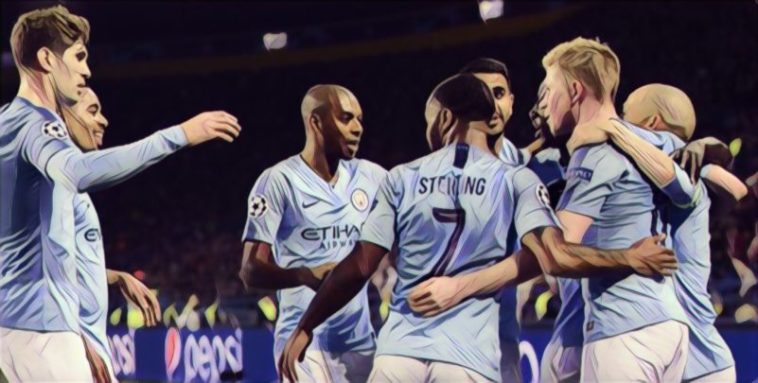 Manchester City moved to the top of Champions League Group F after beating Shakhtar Donetsk 3-0 in the Ukraine tonight.

Premier League Champions City were dominant throughout and goals from David Silva, Aymeric Laporte and Bernardo Silva mean the Citizens are now well and truly back on track in Europe after they slipped to a shock 2-1 home defeat to Lyon on the opening day.

Speaking after the game Man City manager Pep Guardiola said that it was an amazing result and he was clearly delighted his side have now put themselves in a strong position in Group F.

“In Europe 0-3 – we were outstanding. We created a lot of chances. Second half they pushed a lot and it was complicated. But when we regained the ball we could run. It was an amazing result. Now we recover with this result and in Germany (against Hoffenheim),” he told BT Sport.

“If we are able to win the next game Shakhtar will be out. After our defeat in Lyon we were under pressure. I’m very pleased with our performance.

“The team was good last season, even the previous season, the locker room was always in the right position.

“We are together three seasons and we know each other much better. It’s normal when you have three years together you are better than the first year.”