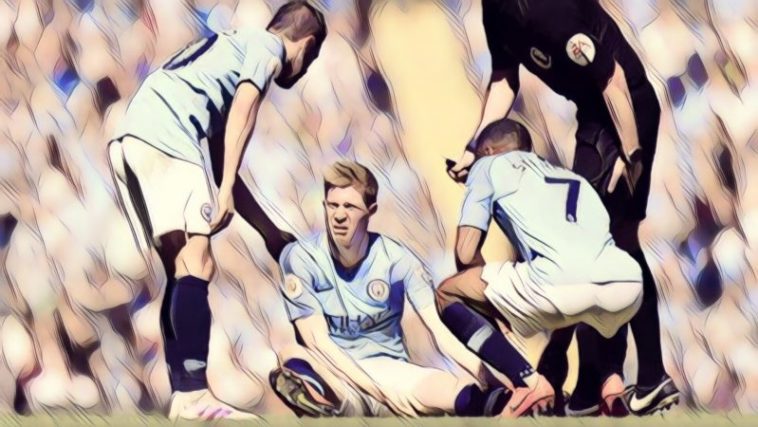 Man City boss Pep Guardiola has confirmed that Kevin De Bruyne will miss the Manchester Derby through injury, although the Belgian international may well be fit enough to play again before the end of the season.

After an injury-ravaged campaign attacking midfielder De Bruyne had only recently begun to reach the impressive levels he displayed last season, only for the 27-year-old to pull up with a muscular problem during his sides 1-0 win over Spurs on Saturday.

Speaking ahead of his sides trip to Old Trafford tomorrow, Guardiola admitted it has been a difficult time for the talented playmaker and that he’s hoping De Bruyne can stay injury free next season.

“I don’t know. We will see,” Guardiola told his pre-match press conference.

“It is a muscular problem and we will see in the next days, but tomorrow he is not available.”

“Unfortunately this season it has been one injury, then another and another. He had two or three muscular problems.

“In England you don’t have time to make a preparation. You play every three days and that is not the best way.

“Now he has to pay attention to the little details, to see if he can play one or two more games this season and next season make a good pre-season so he can be safe, to be fit.”