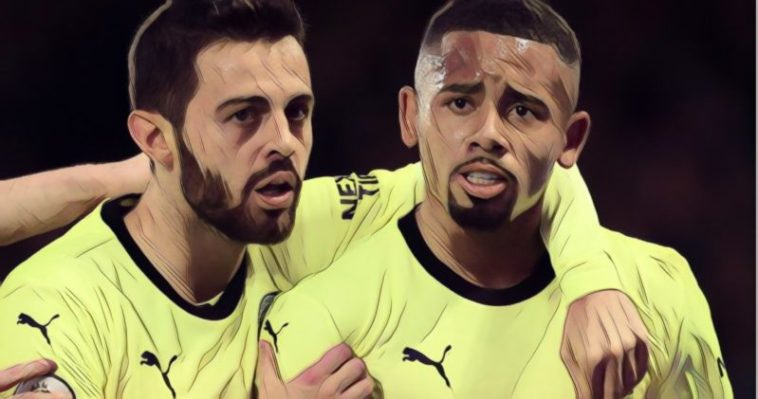 Premier League champions Manchester City will be seeking to keep their faint title hopes alive with victory this weekend, Pep Guardiola’s side facing off against a Crystal Palace team who secured a memorable victory in the corresponding fixture last season.

Having suffered a capitulation to Wolves over the festive period, Man City have since bounced back with three successive wins including a 6-1 humiliation of Aston Villa at Villa Park last time out.

That victory saw Sergio Aguero break new goalscoring records with a hat-trick, eclipsing Thierry Henry as the most prolific foreign import in Premier League history and moving clear of Alan Shearer for most trebles in the division’s history.

The return to form of the Argentine could prove crucial in City embarking on a strong run of form, though hopes of reclaiming their title look bleak with a 14 point gap having been established between Guardiola’s side and league leaders Liverpool, whilst their Merseyside rivals also have a game in hand.

Kevin De Bruyne continues to enjoy an outstanding campaign and is firmly in contention for the Player of the Year awards, the Belgian having amassed 14 assists so far this season – just six short of Thierry Henry’s all-time record of 20 in a single Premier League season.

Roy Hodgson continues to have his Crystal Palace side competing at Premier League level, the Eagles currently sitting in the top half following a strong opening to the campaign.

Despite having his hands tied financially during the summer, the England boss has continued to get the best from the resources available to him, Palace having lost just once in their past nine league fixtures.

A succession of draws, including against Arsenal last time out, have hindered their hopes of perhaps achieving more, though their solidity is one few teams can match with only Liverpool, Leicester and Sheffield United having conceded fewer than their 24 goals thus far.

Goals have been a problem, however, Palace the equal lowest scorers in the division, and Hodgson will hope the loan signing of Everton forward Cenk Tosun can help ease their goalscoring troubles.

Pep Guardiola’s champions headed to Selhurst Park looking to bounce back from a home defeat to Wolves in their previous fixture, the pressure beginning to grow on City following two defeats in their past four.

Palace had won their previous two and begun the season in solid fashion, though they proved little match for the visitors as two goals in two first half minutes from Gabriel Jesus and David Silva sealed a routine victory.

How can I watch Man City v Crystal Palace?

Irish readers can watch the game on Premier Sports ROI 1, whilst UK fans can listen to the game on BBC Radio Manchester.