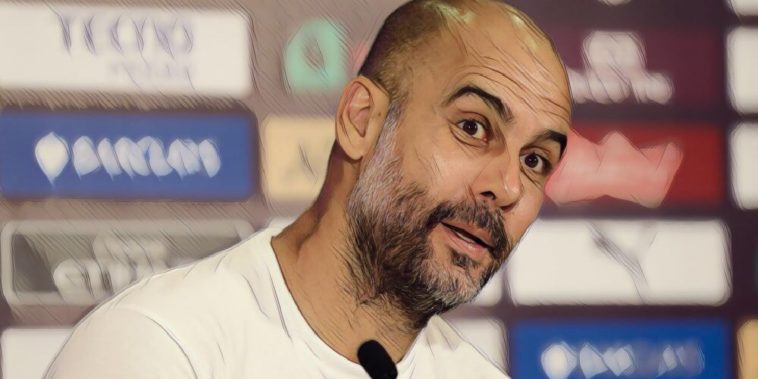 Pep Guardiola has hit back at criticism from Premier League rivals over Manchester City’s successful appeal against their European ban and believes the club ‘should be apologised to’.

Man City were facing a two-season ban from continental competition after being found guilty of breaching UEFA’s Financial Fair Play rulings – a verdict which was successfully overturned on Monday after an appeal to the Court of Arbitration for Sport.

Liverpool’s Jurgen Klopp described it as a bad day for football, while Tottenham boss Jose Mourinho called the decision hand City a fine while overturning their European ban a ‘disgrace’.

Guardiola hit back and says City should receive apologies from rival sides after seeing their ban lifted, before declaring his side are here to stay despite the ‘uncomfortable’ feeling amongst the traditional elite.

“I tell Jose and Jurgen that it was a good day for football,” Guardiola said at his pre-match press conference. “A very good day.

“We played with the same rules as everyone. If we broke them then we would’ve been banned.

“How many times have people come to our club whispering about us? I’d love for it to finish. Look in our eyes and say something to us face to face. We’ll shake hands if we lose. But they lost off the pitch. They have to go on the pitch and try to beat us like the sportsmen that we are.”

Back in March, there were reports that eight of the top 10 Premier League clubs had lodged a rival appeal in a bid to prevent City’s ban being overturned, and the Catalan demanded an apology after having their reputation damaged.

“Jose and other managers should know that our reputation was damaged, (that) we should be apologised to.

“The people said we were cheating, lying, many times. The presumption of innocence was not there.

“I know that for elite clubs – especially Liverpool, [Manchester] United, Arsenal – it is uncomfortable us being here but they have to understand we deserve to be with them, competing with them.”

See also – Moments that made the Premier League: The bar is raised by Man City’s Catalan revolution