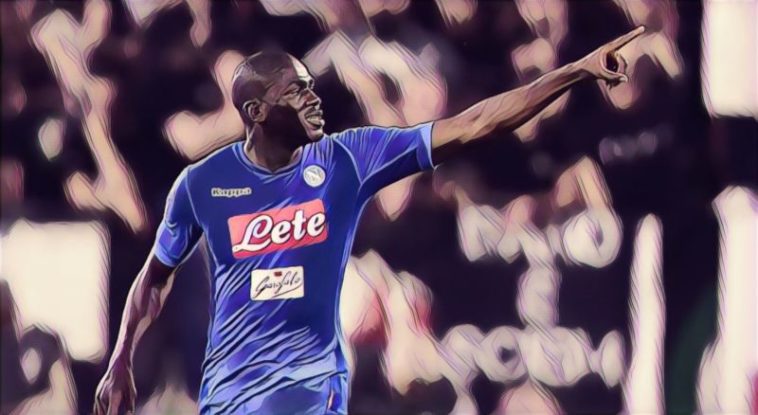 Manchester City will ‘accelerate’ their plans for a rebuild by making up to five signings following their successful appeal against a two-season ban from continental competition.

Pep Guardiola’s side will be allowed to participate in next season’s Champions League after the Court of Arbitration for Sport ruled in their favour upon appeal, the Premier League outfit having been facing a two-season ban from Europe after being found guilty of breaching UEFA’s Financial Fair Play regulations.

City – who had strongly denied any wrongdoing and remained confident the verdict would be overturned – have been busy planning their summer activity as they awaited a decision and will now press on with recruitment plans as Guardiola targets ‘at least three new signings’.

According to the Telegraph, those plans include the signing of a new centre-back with Napoli’s Kalidou Koulibaly named as the ‘centrepiece’ of their plans, City having struggled defensively this season after failing to sign a replacement for Vincent Kompany last summer.

The Senegalese international has developed a reputation as one of Europe’s finest defenders during six seasons in Naples and despite reservations over the 29-year-old’s age, his authoritative presence and experience is believed to make Koulibaly the preferred target from a shortlist that also includes the likes of Benfica’s Ruben Dias, Inter Milan’s Milan Skriniar and Leicester’s Caglar Soyuncu.

City could target more than one central defender this summer with the futures of both Nicolas Otamendi and John Stones uncertain at present, whilst Barcelona have also been tentatively linked with a move to re-sign former La Masia graduate Eric Garcia.

Leroy Sane’s departure to Bayern Munich could also see City target a new winger, with the club set to reinvest the £54.8m fee for the Germany international – in addition to the cash provided by the sale of a £389m stake in City Football Group to US private equity firm, Silver Lake.

Left-back is also a position which could be addressed with neither Benjamin Mendy or Oleksandr Zinchenko having convinced Guardiola, with Leicester’s Ben Chilwell – also reportedly attracting strong interest from Chelsea – on the club’s radar. Everton’s Lucas Digne has also been mooted as a potential alternative to the England international.

Phil Foden’s impressive form since the Premier League’s restart has not prevented City being linked with new creative talent as David Silva prepares to depart after a decade at the Etihad, Aston Villa’s Jack Grealish and Atletico Madrid’s Saul Niguez two of the names linked with a move to Manchester.

Long-term replacements for the ageing Fernandinho and Sergio Aguero are also likely to be considered either this summer or next, as City look to reclaim the title after falling someway adrift of newly-crowned champions Liverpool this season.