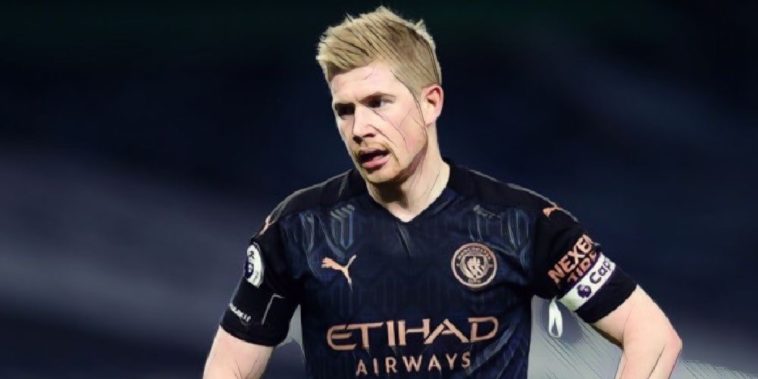 Pep Guardiola has confirmed Manchester City midfielder Kevin De Bruyne has returned to training as the club continue their preparations for the Champions League final.

De Bruyne has missed the club’s past two Premier League fixtures against Chelsea and Newcastle, raising fears the influential star could be a doubt for the upcoming Champions League final on May 29.

Speaking ahead of tomorrow’s clash with Brighton, Guardiola has provided an update on the 29-year-old’s fitness and says De Bruyne has resumed training with no problems this week.

“Kevin has trained in the last two days and is feeling good,” Guardiola said at his pre-match press conference.

“Everyone knows Kevin is important but we will see his level over the next few days.”

Guardiola discussed the importance of his side retaining their ‘rhythm’ ahead of their looming final date with Chelsea in Porto, having rotated his options for the 4-3 win at Newcastle on Friday night with Ferran Torres scoring a hat-trick at St James’ Park.

The Spaniard has opened up on his side’s preparations and has praised the positive atmosphere at the club, insisting his team know they must remain focused ahead of the final two fixtures of the league season.

“They’ve been training really well and everyone is focused.

“People know they have to maintain their rhythm to play the [Champions League] final in the best condition as possible. The day off people relax and then we focus in training.”