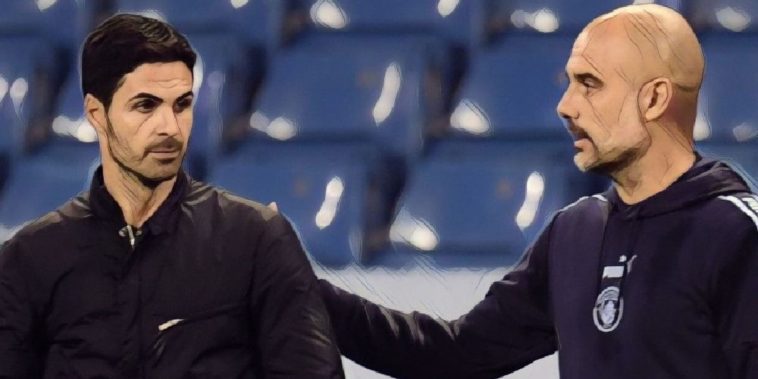 Pep Guardiola insists Mikel Arteta is ‘perfect’ for Arsenal and has refuted suggestions this weekend’s clash between Manchester City and the Gunners is a case of ‘master v apprentice’.

Arteta chose to leave the club to take charge of Arsenal in his first senior role and has won plenty of plaudits for his impact since arriving at the Emirates, guiding the north London side to FA Cup success last season amid a succession of improved performances – including beating City in the semi-final.

Arsenal have also begun the new season brightly with three wins from four fixtures and will travel to Manchester in confident mood this weekend, where Guardiola is looking forward to taking on his compatriot once again.

The Catalan was full of praise for Arteta and insists he never had any doubts the 38-year-old would prove a success in the capital, dismissing suggestions of a master versus apprentice dynamic to Saturday’s clash.

“We should clarify who is the master and who is the apprentice. We didn’t have any doubts about what he is doing in a short period of time,” Guardiola said at his pre-match press conference.

“He settled really well and the way his team is playing right now is perfect for the quality they have. He was able to get Arsenal back to the position they were a long time ago.

“He’s doing really well in all competitions and Mikel is a competitor and a fighter and all the people who love him are more than happy with what he is doing in London.”