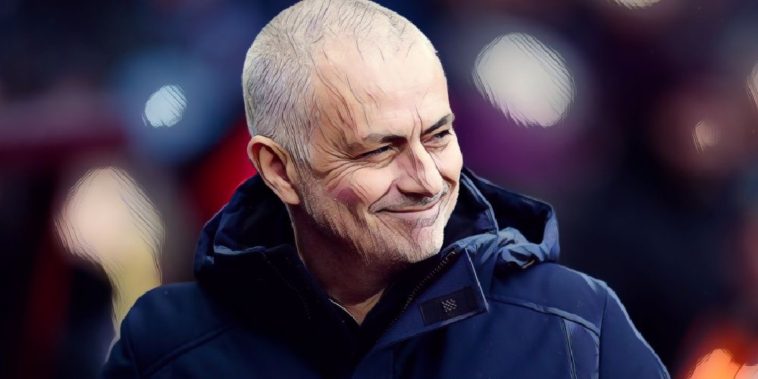 Jose Mourinho has lavished praise on the Tottenham board and admits he ‘didn’t expect’ the club’s impressive summer of recruitment.

The north London side enjoyed an excellent summer transfer window to strengthen their squad in a number of key areas, moving swiftly to bring in proven Premier League performers in Pierre-Emile Hojbjerg, Joe Hart and Matt Doherty.

That trio was followed in by Real Madrid left-back Sergio Reguilon, whilst Spurs also found much-needed competition and cover for Harry Kane after signing Brazilian forward Carlos Vinicius on a season-long loan deal from Benfica.

The marquee addition, however, was the return of Gareth Bale after the winger returned to the club and Premier League seven years after his world-record move to Real Madrid, his signing raising hopes that Spurs can challenge for major honours this season.

Spurs have made a promising start to the campaign and Mourinho admits he has been pleased by his side’s recruitment drive, admitting the club’s hierarchy landed ‘almost’ all of his transfer targets.

“Almost, but with us coaches it’s always about almost. Even with my analysis, I didn’t expect us to go as far we did,” he said at his pre-match press conference ahead of this weekend’s clash with West Ham.

“I can only praise the board for what they did for the team and I can see in the players that feeling I love that they are happy but worried.

“They can see the squad getting better but they’re worried about whether they’ll play or not. That’s the feeling I love to see and big clubs have that.”

Spurs’ squad could yet be further strengthened with the club said to be interested in signing Swansea defender Joe Rodon, with the domestic transfer window open until 17:00 BST on Friday.