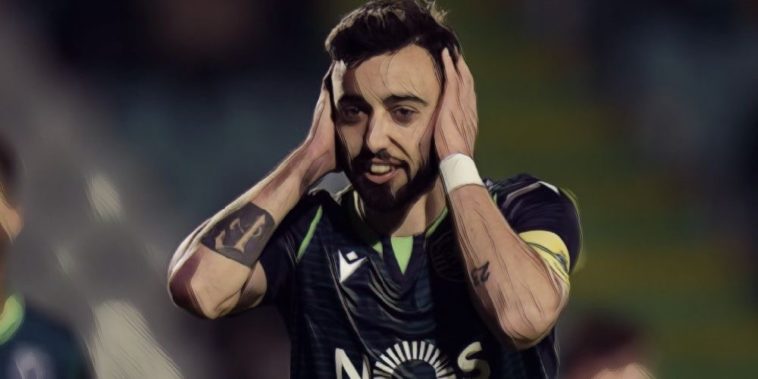 Manchester United’s move for Sporting Lisbon star Bruno Fernandes could be edging closer with reports suggesting there is ‘growing confidence’ a deal can be agreed this week.

The Portuguese international has emerged as a key target for Ole Gunnar Solskjaer’s side as Manchester United look to add much-needed midfield creativity this month, though negotiations between the two sides have stalled in recent weeks.

Fernandes is believed to be desperate to secure a move to the Premier League and has informed Sporting of his desire to leave the Portuguese capital, though terms are yet to be agreed over a deal which could cost United around £60m.

Despite the lack of progress in recent days, Sky Sports are now reporting that there is a ‘growing confidence’ that a deal will be agreed, with Sporting’s changing demands unlikely to rule out a move that would be the highest-profile of the window thus far.

“The information Sky Sports News are getting from Portugal is there is a growing confidence a deal to take Bruno Fernandes from Sporting Lisbon to Manchester United will be agreed this week,” Dharmesh Sheth said.

Bruno Fernandes has been directly involved in a goal every 81 minutes across Liga NOS & Europa League this season.

“We have spoken to someone who deals with Sporting this morning who says “the sharp edges” of the deal still have to be finalised, but claims both parties are moving closer on the price and more importantly the structure of payments.

“It’s been suggested that the delays in getting the deal done are down to agents fees and more specifically, Man Utd’s unwillingness to deal with Jorge Mendes.

“The agent has close ties with Sporting and helped facilitate a number of moves in the summer to help ease the club’s financial issues. In return, it is thought Mendes wanted to be involved in all future deals involving Sporting.

“However, despite not being involved in negotiations over Fernandes, there is a suggestion Mendes would still want to be paid as per his agreement with Sporting.

“This could be the reason why Sporting appeared to have changed the goalposts with regard the price – are they trying to cover what they’d have to pay Mendes in the amount they want from Man Utd? If so, it could be a reason why there is a delay.

“Man Utd do not want to cover any shortfall Sporting would have caused by payments to Mendes.

“Bruno Fernandes wants to join Man Utd, but as it stands he’s a Sporting Lisbon player and he’s in the squad for tonight’s League Cup tie at Braga.”