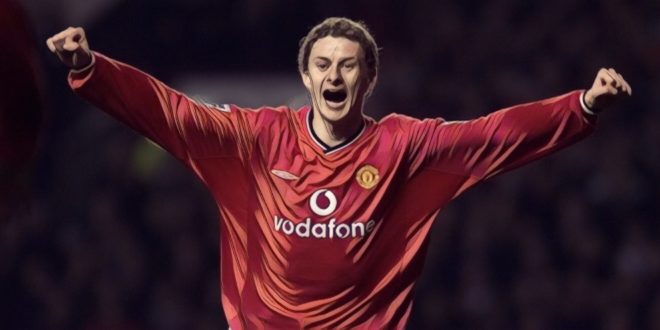 Five of the greatest ‘Super Subs’ in Premier League history

Harry Diamond 22/03/2020 Five of the Best, Opinion/Features Leave a comment

Left out of the starting side the role of a substitute is often an unwanted one within football, but many players have developed a reputation throughout the years of influencing games when coming off the bench.

The Premier League has played host to some truly memorable ‘super subs’ in its history, and we’ve decided to celebrate some of the more successful members of the back-up brigade

Here are five of the best ‘super subs’ in Premier League history:

The original super sub when it comes Premier League poachers, Solskjaer developed a handy knack of scoring off the bench during a decade spent at Manchester United.

The Norwegian established himself as an important member of Sir Alex Ferguson’s all-conquering side, despite spending large periods of his United career sat alongside the Scot in the dug-out. However, Ole would use his time on the bench wisely, legend suggesting he would take notes on how opposition defences lined up, which enabled him to hit the jackpot when introduced by scoring important late winners.

Solskjaer made over 235 Premier League appearances for the Red Devils between 1996 and 2007, though over a third of those came from the substitute’s bench. He scored 17 times after being introduced, including a memorable four-goal haul after coming on in the 71st minute against Nottingham Forest in 1999.

His most iconic introduction came later that year, however, coming off the bench to score a stoppage-time winner against Bayern Munich as United won the Champions League and completed a famed treble-winning season.

Regarded as one of Africa’s greatest ever players, Kanu largely found himself as a back-up option despite his talents with Thierry Henry and Dennis Bergkamp preferred as the Gunners’ first-choice forward options.

Kane scored 30 league goals in Arsenal colours despite almost half of his appearances being from the bench, the forward amongst the most used substitutes in Premier League history – racking up 118 cameos appearances over spells at Arsenal, West Brom and Portsmouth.

Scorer of 17 Premier League goals as a substitute, only three players in the division have managed more.

The towering forward has scored more headed goals than any other player in Premier League history, his evident physical advantages marking him out as a perfect ‘Plan B’ option for top-flight managers.

Introduced as a substitute on more occasions than any other player, Crouch proved himself a useful weapon when coming off the bench with 16 goals after being introduced.

In truth, Crouch’s height was perhaps both a help and hindrance, making him a popular and useful option for a succession of managers at several clubs but often meaning he was left out from the start for more mobile options.

Crouch, however, proved his worth on countless occasions, scoring 108 Premier League goals throughout a career that included spells at the likes of Aston Villa, Liverpool and Stoke.

The most effective substitute in Premier League history, Defoe’s 24 goals when coming off the bench hand him the title as the division’s most prolific ‘Super Sub’.

Only six players in the division’s history have ever scored more goals in total than the former West Ham and Tottenham forward, who has hit 162 Premier League goals over a career taking in spells at five top-flight clubs.

Defoe’s tally of 24 substitute goals has been scored in 149 appearances off the bench, with only the aforementioned Crouch being introduced more often throughout Premier League history.

Despite an impressive goalscoring record since arriving in English football, Giroud has largely struggled to command an automatic starting position during spells at London rivals Arsenal and Chelsea.

The Frenchman signed for the Gunners from Montpellier in 2012 and scored 105 goals in all competitions over a five-and-a-half-year period, including 73 Premier League goals in just 119 starts for the Gunners.

Having moved across the capital in January 2018, Giroud’s prospects have improved little since then in terms of regular first-team football, with 31 of his 49 league appearances for the club coming off the bench.

Those statistics have done little to damage his goal threat, however, Giroud’s 20 goals as a substitute the second-highest tally in Premier League history behind only Defoe.