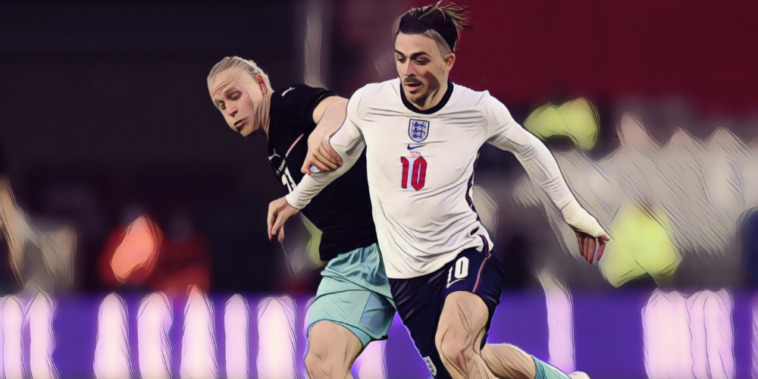 The attacking midfielder has quickly established himself into one of the Premier League’s most consistent and creative talents following Aston Villa‘s return to the top flight two years ago.

Grealish has netted 14 top-flight goals and provided 16 assists for his boyhood club over the last two seasons, despite missing a chunk of the recent 2020/21 campaign through injury.

His form has seen him propelled into the England squad, and he justified the clamour for his inclusion in final group game against the Czech Republic on Tuesday as he provided the assist for the only goal of the game.

The 25-year-old was strongly linked with a move last summer amid rumours of interest from Manchester United, though a move to Old Trafford never came to fruition before he ultimately penned a new five year deal at Villa Park.

Despite that though, talkSPORT are reporting that ‘close to completing a £100million move’ to Premier League champions, Manchester City, going as far as saying that the deal is ‘as good as done’.

City boss Pep Guardiola has spoken publicly of his admiration of Grealish, and the Catalan looks like adding even more creativity to the embarrassment of attacking riches at his disposal, not only smashing the club record transfer, but the £89m British transfer record too that Man Utd spent to re-sign Paul Pogba in 2016.

The report says that the deal will be completed after England’s involvement in the Euro’s, the Three Lions currently preparing to face Germany in the last 16 on Tuesday.

City are of course also pursuing their interest in Grealish’s England teammate, Harry Kane, another deal that is likely to be worth in excess of £100m as the champions flex their financial muscle.