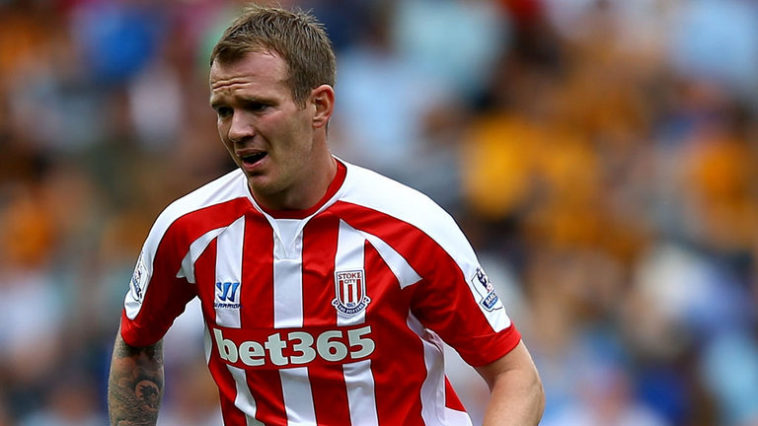 Glenn Whelan could be set for a summer switch away from Stoke City according to reports.

The Irish Sun and the Birmingham Mail are claiming that Whelan may leave Stoke this summer, with Aston Villa a possible destination.

33-year-old Whelan has been at Stoke for almost 10 years but he has begun to fall out of favour under Mark Hughes. Stoke signed Whelan from Sheffield Wednesday in January 2008 for just £500,000. He has gone on to make 336 appearances for the club.

Whelan has been integral for Stoke in their time in the Premier League as well as playing regularly for Ireland. Under Tony Pulis, Whelan was incredibly disciplined and put in a lot of vital defensive performances. Under Mark Hughes Whelan also managed to show off a different side of his game. He displayed a great passing range as well as defensive responsibility.

This season Stoke have had plenty of problems in midfield. Near the end of the season Whelan found himself on the bench on a few occasions. Whelan’s position is almost certainly under threat since Stoke’s acquisition of Darren Fletcher.

Whelan would certainly provide a lot of experience in the Aston Villa midfield. The Irishman inspires confidence around him and is good at making sure the players around him are pulling their weight. He is certainly not short of fight and would provide Villa with a decent defensive backbone as well as moving the ball very competently.

So should Stoke let Whelan go? And if they do will this be a good signing for villa? Let us know in the comments.