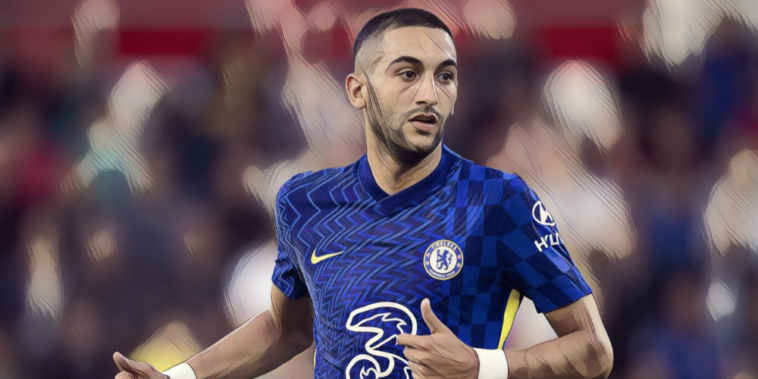 Olivier Giroud is hoping that Hakim Ziyech follows him from Chelsea to AC Milan with the midfielder linked with a move to the San Siro.

Ziyech faded following a bright start to his Chelsea career and has been linked with an exit after just one season with the west London side, Milan believed to be monitoring his situation as the club look to add creativity to their ranks.

The 28-year-old signed for Chelsea in a £37m deal from Ajax and scored two goals and provided three assists across just 23 league appearances last season.

Ziyech featured sporadically following the arrival of Thomas Tuchel as head coach, and Giroud – who left Chelsea to sign a two-year deal with the Rossoneri earlier this summer – has given his backing to Milan’s potential pursuit of the Moroccan international.

“Ziyech is a great player,” Giroud told a press conference.

“We have had a great connection even though we have played few games together.

“He has a top left foot, has experience and he is very good technically. It would be nice to play with him again.”

Giroud also opened up on his decision to sign for the Serie A side after finding opportunities limited at Chelsea last season, with the France international admitting he is relishing the prospect of experiencing a ‘new culture’ in the colours of Milan this season.

“I have always said that when I was little I had the dream of playing in the Premier League but I think it was time to discover a new culture and a new country,” he added.

“Milan was the best option for me and I am grateful to be able to wear the Rossoneri colours. I’m happy to be here.

“My time at Chelsea was over also because the manager wanted to play with other players, spending a lot of money in the transfer market.

“There I realised I had to leave the club and I received a great welcome from (Paolo) Maldini. I’m a Christian and I think God wanted me to move to Milan this season and not Inter the last one and I’m happy with that.”