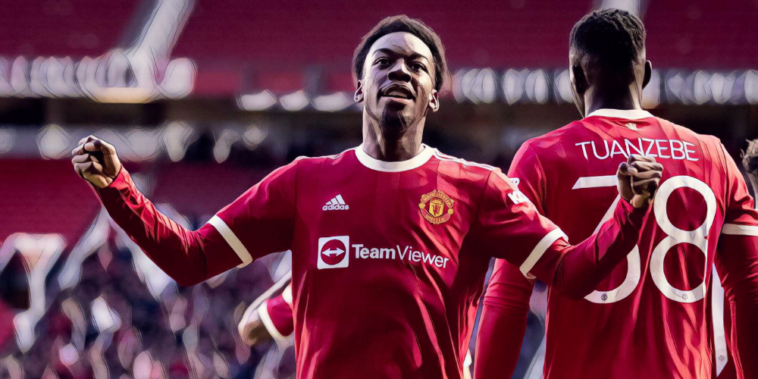 Finding a route to first-team football at the Premier League’s biggest clubs is notoriously difficult, with loan moves often providing a platform for young players to develop in senior sides.

With the transfer window well underway for the summer, there will be several bright prospects within the Premier League eagerly awaiting to find out their plans for the forthcoming campaign.

Loan deals can often bridge the huge gap between youth football and senior level and we’ve looked at five Premier League youngsters who would benefit from loan moves this season.

Manchester United have long prided themselves on promoting from within and the club have handed opportunities to several bright prospects in recent seasons, with the likes of Mason Greenwood and Brandon Williams the latest to emerge from the ranks and play first-team football.

Elanga was handed his senior debut last season and scored his first Premier League goal against Wolves on the final day of the league season, powering home a header from Daniel James’ cross.

The 19-year-old has been electric during friendly fixtures against QPR and Brentford this summer, scoring in both games including a wonderful volley against the latter at Old Trafford.

Solskjaer has admitted that Elanga’s performances have presented him with a welcome headache, but with the likes of Marcus Rashford, Anthony Martial, Greenwood and summer signing Jadon Sancho all competing for forward positions, a loan move may prove more beneficial.

There’s unlikely to be a shortage of suits for the Sweden u21 international should he become available, with the winger having already shown he is more than capable of making an impact at senior level.

The 6ft 5in centre-back acquitted himself admirably after being thrown in the deep end by Jurgen Klopp, making 19 appearances across all competitions and playing an important role in the Reds’ late-season surge to Champions League qualification.

Williams endured some shaky moments – including a poor performance in an FA Cup defeat at Manchester United – but showed signs of promise and has been linked with several Championship clubs.

With Virgil van Dijk, Joe Gomez and Joel Matip all returning from injury and Ibrahima Konate having arrived from RB Leipzig, Williams’ prospects of first-team football this season appear slim.

Another season mixing it at senior level out on loan could provide a better indication of whether the 20-year-old has a long-term future at Anfield.

Named as the Premier League 2’s Player of the Season last term, Liam Delap broke the league’s goalscoring record for Manchester City last season to fire the club’s Elite Development Side to the title.

Delap scored 24 league goals in just 20 appearances as City finished 14 points clear of 2019/20 champions Chelsea and his prolific exploits are understood to have attracted interest from a host of Championship clubs.

Preston, Birmingham, West Brom, Millwall and Stoke have all been named as potential destinations, with the teenager having reportedly visiting the training ground of the latter – a former footballing home of his father, Rory.

The 18-year-old’s performances last season saw him make his senior debut for City, scoring his first senior goal after making his bow in a League Cup victory over Bournemouth at the Etihad.

Whilst Pep Guardiola has often chosen to keep his best prospects in close proximity, the pathway to first-team football at the Etihad looks far from clear even given the departure of Sergio Aguero – whilst there could yet be a Harry Kane-shaped obstacle blocking Delap’s route.

Spending a season on loan could take Delap to the next level as he bids to establish himself as a Premier League player in the coming seasons.

Sam Greenwood is a player already familiar with high-profile moves, having left Sunderland to sign for Arsenal as a 16-year-old, before moving once again to join Leeds last summer.

Leeds paid a reported fee of £1.5m for the teenager, who was named amongst the nominees for the Premier League 2 Player of the Season award following his debut campaign at Elland Road.

Greenwood scored 12 goals in 18 appearances as Leeds won the Premier League 2 Division 2 title, whilst he was handed his senior debut as a substitute during the disappointing 3-0 FA Cup defeat to Crawley in January.

A regular goalscorer at youth level, it remains to be seen whether the forward can gatecrash Marcelo Bielsa’s plans ahead of the new season having been kept under the Argentine’s watchful eye at Thorp Arch this summer.

After much deliberation on whether to remain an Arsenal player of leave in search of opportunities, Folarin Balogun signed a new long-term deal with the north London side in April.

The 20-year-old forward had been linked with a host of Premier League rivals – alongside clubs in Germany and Italy – before putting pen to paper on a new contract at the Emirates.

Balogun made six senior appearances for the Gunners last season and scored two goals, netting in Europa League wins over Molde and Dundalk.

The forward also scored nine goals in 18 appearances at youth level and has ambitions of securing more regular first-team football, despite the presence of several senior names ahead of him in the pecking order.

Alexandre Lacazette and Eddie Nketiah have both been linked with exits this summer, but there has yet to be any movement on either player with Balogun facing a fight for regular minutes.

After just 84 combined minutes of senior action last term, now is the time for Balogun to feature regularly whether that’s at Arsenal or elsewhere on loan.