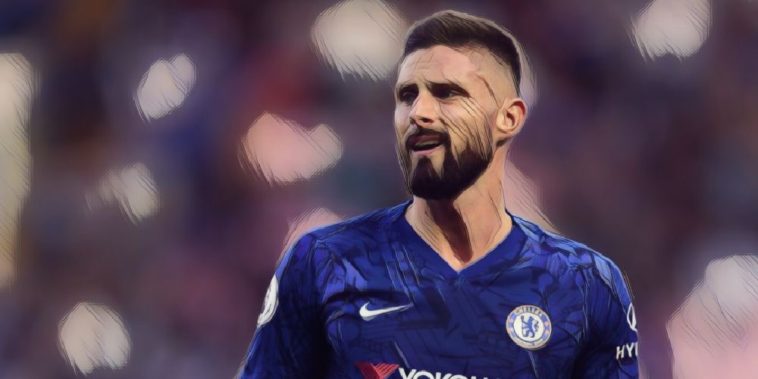 Olivier Giroud has called on Chelsea to ‘improve on the small details’ as the club look to secure a top-four finish and Champions League qualification.

Chelsea‘s hopes of securing their passage into Europe’s elite were dealt a blow following a 2-0 home defeat to top-four rivals Manchester United on Monday night, with just three points now separating the fourth-placed Blues and Ole Gunnar Solskjaer’s side who sit seventh.

Giroud would make his first appearance for the club in two months as a substitute at Stamford Bridge, heading home from Mason Mount’s cross only to see his strike ruled out for a marginal offside.

The France international admits it felt ‘good’ to return to action following a difficult period on the sidelines, but admitted his frustration at seeing a potentially decisive goal ruled out by the match officials.

“After two months not playing, I felt very good on the pitch with a lot of energy and determination,” he told the club website. “I scored a nice goal from a nice cross and I just tried to stay behind [Harry] Maguire but I was half a foot offside.

“It’s very frustrating because it could have changed the game but obviously we made two mistakes on two goals and we need to improve on that.”

Defeat leaves the top four race wide open with both Tottenham and Sheffield United also within striking distance of Frank Lampard’s side, and ahead of another crucial clash against Spurs this weekend, Giroud thinks that the ‘small details’ could prove decisive.

“We just need to improve on the small details because that’s where you can win or lose big games,” Giroud added. “Now we need to step up and improve on those small margins – they’re huge at the highest level.

“It was a tough result so we need to think about it because it’s another big game for us on Saturday against Tottenham.”

Having been strongly linked with an exit from the west London side throughout the January transfer window, Giroud would ultimately fail to secure a move away as the club failed to bring in reinforcements.

The 33-year-old says his focus remains ‘100 per cent’ on Chelsea over the second half of the season, the forward keen to secure regular minutes as he seeks to earn his place in the France squad ahead of Euro 2020 this summer.

“I’m a Chelsea player so now I need to move on and look forward,” Giroud explained. “I want to give everything for the team and it’s a personal target for me to play as much as I can to play the Euros with my country.

“Right now, I’m 100 per cent focused on Chelsea’s targets and I want to keep fighting to come back on to the team sheet and the scoresheet. Every single game is a big opportunity for me to show my desire to do that.”