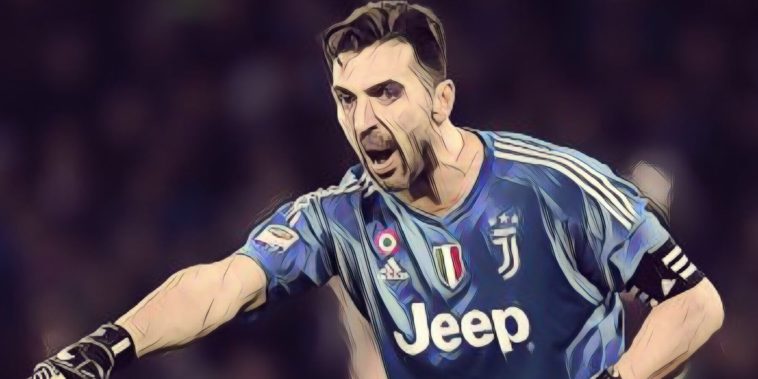 Sometimes the word legend is thrown around a little too easily, but when it comes to Gianluigi Buffon, it is thoroughly deserved in every instance.

Moving from Parma for a world record fee back in 1999, Gigi has repaid every single cent of the €52 million that Juventus paid for the goalkeeper in his illustrious career. During his time in Turin he was won 11 Serie A titles, one Serie B title, four Coppa Italia’a and five Super Coppa Italiana’s – not to mention winning the World Cup with Italy in 2006.

We aren’t the only admirers of the legendary ‘keeper, with some of the game’s greatest names gushing with admiration for Buffon.

Here are 20 of the best quotes about the Italian goalkeeper:

“The best players I ever coached? I could select two whole teams, but Buffon would be the only player in both of them.” Fabio Capello

“From the very start, Gigi set out to achieve big things and he’s maintained an extremely high standard until the present day.” Dino Zoff

“I have a lot of respect for Buffon, the words he has said about me, and what I have said about him.” Cristiano Ronaldo

“Gigi is one of a kind in every way. My wish for him is to never change.” Marcelo Lippi

“Oliver Kahn, Peter Schmeichel and Edwin van der Sar inspired me early in my career. Then Buffon appeared and changed everything.” Petr Cech

“Gigi has always been the first in training.” Pavel Nedved

“Gigi is an example for anyone who wants to be a part of this sport and he has shown that age has no barrier.” Sergio Ramos

“Approximately 30% of our trophies bear your name. You deserve a huge round of applause.” Juventus chairman Andrea Agnelli

“Gigi is a role model for me.” Manuel Neuer

“I’d love to see Gigi play for the rest of his life. It’s always wonderful to watch legends like him on the pitch.” Andres Iniesta

“Gigi is unique and perhaps the best keeper of all time. Watching him play and train is awesome.” Andrea Pirlo

“He is a friend for everyone and someone that everyone cares greatly about.” Wojciech Szczesny

“It was tough enough scoring against Buffon in training sessions. In matches, he was simply unbeatable.”Zlatan Ibrahimovic

“Goalkeepers have and enormous impact on matches and Gigi has so often been decisive for Juventus.” Francesco Totti

“Buffon is the best goalkeeper of all time. He has always been decisive.” David Trezeguet

“Gigi is still the number one ‘keeper in the word. In the big matches, he still makes big saves.” Massimiliano Allegri