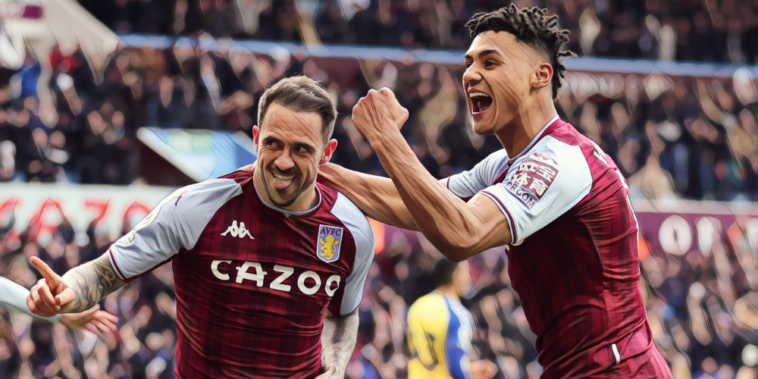 Steven Gerrard says he is excited about Ollie Watkins and Danny Ings’ partnership at Aston Villa and believes there is more to come from the forward pair.

Ings and Watkins have struggled to develop an understanding since the former’s summer arrival from Southampton, with each enduring stop-start campaigns due to form and fitness issues.

The duo starred in tandem as Villa produced their best performance of the season to beat Southampton last weekend, each scoring in a 4-0 win that saw Philippe Coutinho flourish in a creative role behind the hard-working front two.

Speaking ahead of Villa’s trip to face Leeds in the Premier League on Thursday, Gerrard is confident that Ings and Watkins have the potential ‘to grow and get better’ as a partnership.

“It’s a lot easier when you’ve got good players who get on well on and off the pitch. They’re involved in each other’s groups off the pitch and they talk a lot about the game,” Gerrard told his pre-match press conference.

“I’m very positive about it and I always have been. When we turned up, Danny had a hamstring injury then got a bit of a re-injury. It was stop-start for Danny.

“For Ollie, he came out of the blocks strong, scored goals and then had a bit of a dip – but that happens with forwards. I felt the time was right to get them both in and talk about what I was going to be doing.

“I really fancied it and it’s worked really well in the last two weeks. There’s certainly potential for them to grow and get better. I’m really excited about it.”

Gerrard is anticipating a difficult test against a Leeds side under the new management of Jesse Marsch, with Thursday’s opponents having produced an improved performance despite defeat to Leicester last time out.

“We know we’re in for a tough game. Watching Leeds at the weekend, they could have quite easily have got something out of the game,” Gerrard said.

“They were very dangerous going forward and we know they’ve got great attacking players. They didn’t give too much away the other end either, so there was an improvement from afar.

“I’m sure he’ll be wanting to get the Elland Road crowd right behind him, it’s his first home game. We have to be ready and prepared for that. It’s got all the makings of being a fantastic game.”