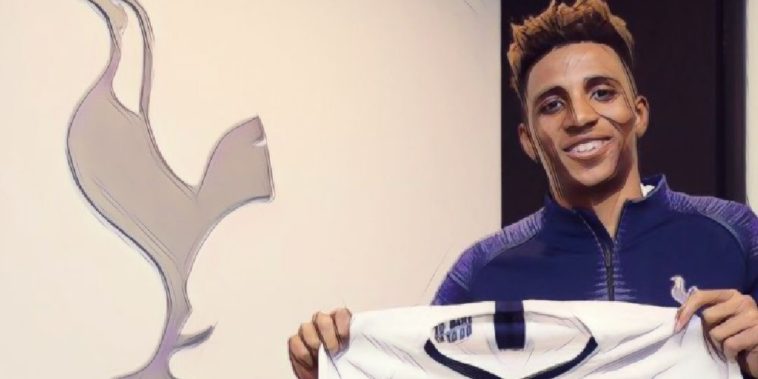 Tottenham have completed the loan signing of in-demand Benfica star Gedson Fernandes, the Portuguese international joining the club on an initial 18-month deal.

Fernandes emerged as one of the most coveted players of the January transfer window after falling out-of-favour in the Portuguese capital, with a host of Premier League clubs including the likes of both West Ham and Chelsea having reportedly expressed an interest in signing the highly-rated youngster.

Jose Mourinho and Spurs were also amongst the frontrunners and it is the north London side who have now won the race for his signature, the club confirming that Fernandes has joined the club on an initial 18-month loan basis, with the club holding an option to buy, believed to be worth around £40 million

“We are delighted to announce that we have reached agreement for the 18-month loan of Gedson Fernandes from Benfica with an option to make the transfer permanent,” a statement reads on the club website.

“The midfielder will wear the number 30 shirt for the remainder of this season.”

Speaking about his move to the Tottenham Hotspur stadium, the 21-year-old described it as a ‘dream’.

“I’m very happy to be here today – I make my dream a reality,” he said. “For me, it’s one big dream to come to this big Club. I will try to give my best for the Club every day, in every training session and in every game and I will try to help the team wherever I can, working hard every day for this shirt.

“I have no words to say about the stadium. I’ve never seen anything like this – it’s unbelievable!

“This is a fantastic challenge that I have accepted and I have to win my challenge. I want to make good things – let’s see!”

Fernandes’ arrival will help ease the growing injury concerns around Spurs at present, midfielder Moussa Sissoko having been ruled out until April after undergoing knee surgery.

Harry Kane is also amongst the long-term absentees after suffering a torn hamstring against Southampton on New Year’s Day, and the club are also targeting forward additions to cover the 26-year-old’s absence, with AC Milan’s Krzysztof Piątek being strongly linked.