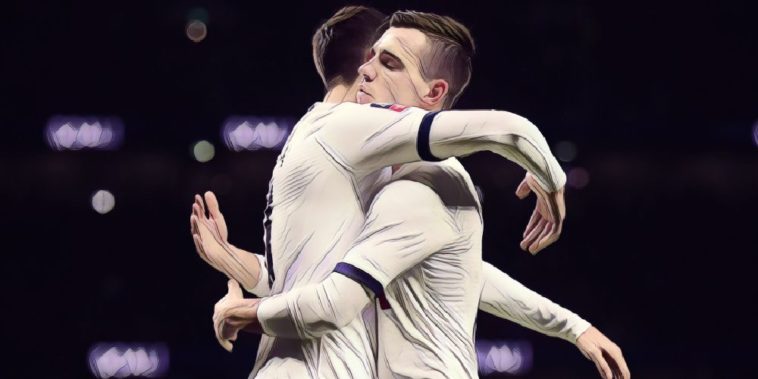 Tottenham edged through to the fourth round of the FA with a 2-1 win over Middlesbrough at the Tottenham Hotspur stadium.

It’s been a difficult few weeks for Spurs, who came into the game without a win in their previous four outings, and only two wins from their previous eight.

They were forced to come from behind in their original game up at the Riverside, but got off to the perfect start in North London in their third-round replay, Giovani Lo Celso making up for his glaring late miss against Liverpool with the opener in just the second minute.

Erik Lamela made it 2-0 after 15 minutes to put one foot in the fourth round, though Jose Mourinho saw his side concede for a ninth consecutive game, George Saville scoring with seven minutes to go to set up a nervy finale.

2 – Giovani Lo Celso and Erik Lamela are the first pair of Argentinians to score in the same FA Cup match since Pablo Zabaleta and Sergio Agüero did so for Manchester City against Huddersfield back in March 2017. Albiceleste. #EmiratesFACup pic.twitter.com/2OREvB8fUw

Spurs did, however, see out the game to confirm their participation in the last-32, and speaking afterwards, Mourinho revealed he warned his players about not taking their chances.

“3-0 was so close so many times,” Mourinho told BBC Sport. “I told my players at half time if we don’t score 3-0 then if 2-1 we would be in trouble and it happened.

“We knew the opponents were hard. They brought on Gestede and went direct and made problems and when it was 2-1 we knew it was going to be difficult.

“We tried our best, the boys are trying their best. They dealt well with many set piece situations. We did lots of things well, we conceded the goal, a bit frustrating, but more frustrating was that we did not score three, four or five.”

Spurs currently sit in eighth in the Premier League, nine points off the top four, and Mourinho was asked if the FA Cup will be a priority for the club, their last trophy coming back in 2008.

“In this moment it is not the priority,” Mourinho replied.

”The priority is to play a difficult match against Watford in the Premier League. When Southampton comes it will be the priority.”

See also – For his own good, Harry Kane needs to be sidelined for an extended period