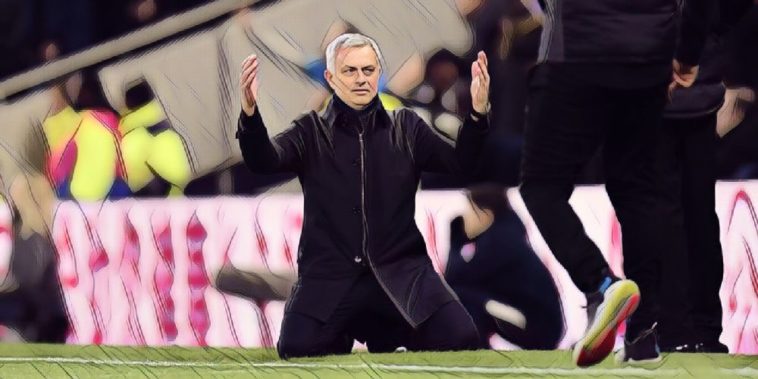 Tottenham will apparently target two strikers this month after Jose Mourinho suggested the Harry Kane could miss the remainder of the season with a hamstring injury.

The England captain limped off during the club’s disappointing defeat to Southampton on New Year’s Day, with scans revealing the 26-year-old had suffered a torn hamstring and will face a significant period on the sidelines.

Kane’s absence has left the north London side short of attacking depth, whilst Mourinho has also cast doubt on the forward’s participation at this summer’s European Championships by suggesting it could be next season before we see the club’s top scorer return.

Speaking at his pre-match press conference ahead of Spurs‘ FA Cup replay with Middlesbrough, Mourinho said: “We try the best we can.

“News on Harry we don’t have and if you ask me every time we come here the answer will be the same.

“We expect him to be out until mid-April, end of April, May, even next season I don’t know.”

According to the Independent, the extent of Kane’s injury has caused the club to have a rethink of their transfer options, having already made signing a back-up to the forward a priority during the winter window.

With Kane now expected to miss at least two months, Mourinho could target two new additions with a host of names currently under consideration. AC Milan’s Polish international Krzysztof Piatek is being strongly linked with a switch to the Tottenham Hotspur Stadium, with the Italian side prepared to sanction his departure following an underwhelming first half of the season in Serie A.

Other names being suggested include a return for former Spurs forward Fernando Llorente from Napoli, very surprising links to Crystal Palace’s out-of-favour Christian Benteke and Paris Saint-Germain star Edinson Cavani, though the latter’s wage demands make a move for the Uruguayan unlikely at this stage.