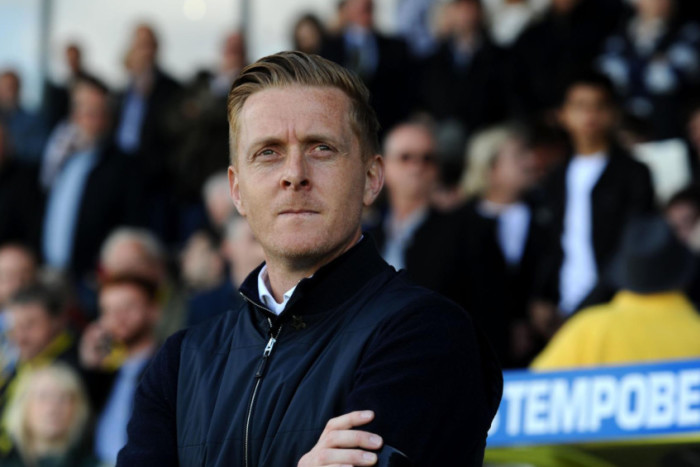 So, after what feels like an eternity (well three weeks) since the end of the season, we’ve finally made a managerial appointment. Step forward Garry Monk.

Manager too, not Head Coach, according to the announcement. Interesting line is that, hopefully points towards Monk having full control over incoming players, especially now that the remnants of Aitor Karanka’s recruitment team have been shipped out.

I understand the game is changing and there’s a need to adopt some of the more modern aspects of football management/coaching, however I’ve always like the more traditional role of a manager, a man who can bring in who he wants rather than being lumbered with players he doesn’t. That’s not to say Karanka didn’t make any of his own signings, but the role of Victor Orta became increasingly prominent in first team affairs, muddying the waters. If there’s one thing Boro don’t need right now, its complications.

Looking at Monk, I think it’s fair to say he’s not someone who takes any shenanigans, so the last thing I’m sure he’d want is to have any interference. After all, he left Leeds on the back of a decent season, just missing out on the play-offs, all because he felt new owner Andrea Radrizziani didn’t seem him as a long-term option. He’s a man who knows what he wants, and he’s not prepared to do anything half-cocked.

With the situation Boro find themselves in Monk would appear to be the ideal man. He clearly longs for a club where he can put down roots and call his home, rather than looking for a stepping stone to something bigger. It’s not often you associate Middlesbrough with uncertainty, but quite frankly since Karanka left in March their future has been far from clear. What they need now is some stability, and Monk is the man to give them that.

Of the other candidates, or at least the ones credited with a realistic chance of being appointed, you could argue that the former Swansea man was the stand out choice.

Steve Agnew, Nigel Pearson, Ryan Giggs – all talented in their own right. Agnew obviously has years of coaching under his belt, but yet as a number one he hasn’t really convinced. He may not have had the time, but he never really looked likely to take the role on long-term. Also, his association with the previous regime hasn’t exactly worked in his favour among the majority of supporters.

Nigel Pearson is someone with an impressive CV, but an equally unimpressive attitude. Despite promotions with Leicester, as well that quite remarkable survival with The Foxes in 2014/15, it’s his outbursts and bizarre behaviour that stands out when you think of him. A genuinely bonkers personality who may have provided some entertainment off the field, but how long before that becomes problematic? Not worth the risk.

Ryan Giggs was hotly tipped for the job some weeks back, but quickly his odds drifted way out. Offering the ‘Bryan Robson factor’ he may have brought a bit of a buzz back to The Riverside, but was he the man to take us back up at the first time of asking? There’s risk attached to all appointments, but I feel he would’ve been a risk too far. No management experience to write home about (not sure a few games in charge of a poor Manchester United side really count), he would’ve found himself on a hiding to nothing had he not made a good start. He needs somewhere where there’s perhaps less pressure, at least for his first permanent role.

Pressure is something that Monk is going to come under straightaway. Ok, at least not from Steve Gibson, but from a frustrated and downright fed up fan-base he will be under the microscope from the second his last word has been uttered at his unveiling. Fair enough, Boro aren’t in the worst of shapes, far from it, but after a gut-wrenchingly poor season he’ll be acutely aware of the demands for immediate promotion from the fans.

But he looks like a man who can cope with the pressure. Let’s face it, he lasted a whole season at Leeds. That’s pretty much unprecedented at what has been a basket case of a club. If you ally that to the rather impressive job he did at Swansea in the Premier League then, well, it’s not hard to see that there’s a the makings of a very good manager.

Before being sacked, harshly some felt, he led Swansea to an outstanding 8th place in the top flight, as well as a record points total to boot in his only full season in charge. He masterminded victories both home and away against Arsenal and Man United, no mean feat. His demise came after a poor run of 1 win in 11 games in the following campaign, yet he left them in a relatively decent position in 15th. Given his 12 year association with the Welsh outfit, it’s not difficult to understand why some saw his sacking as a little unfair.

The job he did at Leeds was particularly impressive. Taking a team that had been in what appeared to be a constant state of flux, he managed to stabilise them and then guide them to the brink of the play-offs. But for an alarming end of season run they would’ve been well in contention for promotion. At one point they sat 11 points clear of 7th – Monk was becoming a hero for the Leeds faithful.

Not one to shirk

His antics in the West Yorkshire derby against Huddersfield, almost preventing Terries boss David Wagner wheeling away in celebration after his side had scored, started an almighty scuffle on the touchline. Tensions had been rising throughout, so it wasn’t a totally random action in his defence. Whilst not proud of his it I’m sure, it showed he had passion, and the supporters definitely appreciated it.

Aside from that though, he’s not one to court controversy, yet he’s not afraid to say as it is. Charlie Taylor, Leeds’ promising young left back, was refusing to commit to a new deal with the club. Rather than sugar-coat the situation he told like it was.

“I understand he’s very young, and we’ve tried to help him and guide him from within, but it’s very difficult to get him fully committed,” he said.

“Had he had some better advice from the outside, I think we would have seen a better Charlie Taylor this season and left on better terms, if that’s what’s going to happen. But that’s over to the club and the player now.

“The club’s stance on it is very strong. Hopefully he learns from the mistake he’s made.”

Strong words indeed. Whilst we had a lot of that with Karanka, Monk doesn’t appear to be as erratic and unpredictable. Measured and considerate, he chose to speak out at the right time, offering a sincere and calm assessment of the situation. A cool head is what Middlesbrough need, but he seems to have just right amount of edge to keep his players on their toes.

Youth and experience – the ideal combination

Considering his age, he’s just 38, it makes his previous achievements all the more remarkable. He’s at an age where he’s not that long been retired from playing, so he’ll have a good grasp on the modern player within the dressing room, what makes them tick etc. His managerial experience is enough to garner respect from his players, whilst he still has the youthfulness of a man who can relate to the men he’s managing day in day out.

For Steve Gibson, he’ll see Monk as an appointment that ticks a whole lot of boxes. Premier League and Championship experience, as well a modern and forward thinking mind-set, makes the Bedford-born man an ideal choice to take the club back to the promised land. And he’ll no doubt be extremely happy to sign up a manager who was being courted by various other clubs, both top flight and Championship. Clearly a man in demand, and for very good reason.

The task lying ahead for Garry Monk isn’t an easy one, make no mistake, but he’s at the right club. He’s got funds to improve the squad, excellent facilities from which to work from, an already good group of players as well as a chairman who really wants him. What more could he possibly need?

The pressure is on, but he’ll embrace it, he’ll relish it in fact.

Welcome to Middlesbrough Mr Monk, it’s now over to you.

Good read Ian lets hope he does well for the Boro.