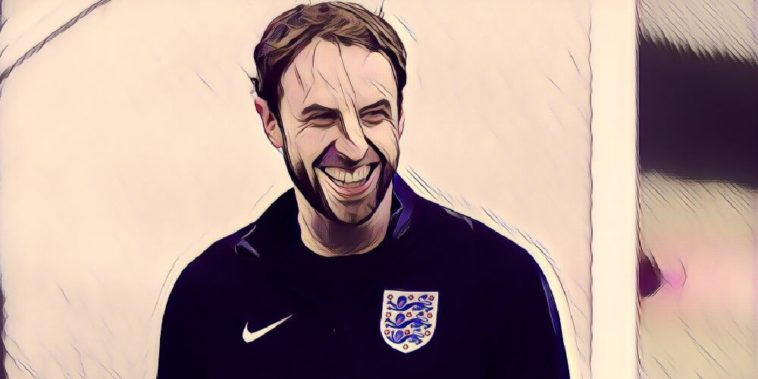 Gareth Southgate has turned England from a dreary football team with no hope into a genuinely fun team to watch with a promising future.

Just three years ago, England was plunged into uncertainty following the Brexit referendum, and the Brexiteers were in full voice in France, where Euro 2016 was taking place at the same time.

Some English fans could be seen and heard gathering outside pubs, singing about leaving Europe and begging any passers by for a fight. Scuffles, brawls and flying chairs ensued. In Marseille they clashed with riot police. Proceedings on the field were hardly an escape from the grim scenes off it.

England drew 1-1 with a poor Russian side, secured victory against Wales at only the last possible moment, and laboured to a scoreless draw against Slovakia. That’s before we even get to their 2-1 loss to Iceland in the round of 16, arguably the country’s most embarrassing exit since, well, Brexit.

The national mood surrounding the English team hadn’t been so low since 1993, when the side failed to qualify for the World Cup under Graham Taylor. England seemed as far away from replicating the glory of 1966 as ever.

Things were so desperate that the FA turned to Sam Allardyce, but he only lasted 67 days and one game in the job after allegations of malpractice surfaced in the media. Hey, at least he’ll go down in the history books with a 100% win record.

Big Sam’s misfortune was Gareth Southgate’s gain. The U21’s manager at the time, he got the job on a temporary basis through a mix of luck, good timing and being likeable. He won the position permanently through his football acumen, following a 2-2 draw with Spain in November 2016. His side may have given up a two goal lead, but there was enough evidence there to suggest he had potential in the role, and with the World Cup qualification campaign already underway, it made sense to hand him the reigns.

Scepticism remained over his aptitude for the job, as his only senior managerial role saw him get Middlesbrough relegated a whole seven years earlier. But he had done well with England’s youth side, winning just under 82% of his 33 games in charge over three years, and claiming the Toulon Tournament along the way. Plus, interest was so shallow that for some it didn’t matter anymore who was in charge: England were going to lose come the major tournaments no matter what anyway, was the general mood.

Southgate completely smashed expectations however, bringing the Three Lions on the precipice of a World Cup final. The team didn’t bring back the trophy, but football had come home in a very spiritual sense. The sense of enjoyment and delirium surrounding the side last summer hadn’t been seen since Italia 90 or Euro 96.

Just to prove it wasn’t a fluke or a once-off, England went and topped their Uefa Nations League group, defeating Spain and exacting revenge on Croatia, the winners of that semi-final in Russia, in the process. England will now face Netherlands in the last four of the tournament later this summer for the chance to compete in a final.

But the good vibes have not subsided, as Southgate’s charges began their Euro 2020 qualification campaign with a bang last week, defeating the Czech Republic by five goals to nil. The Czechs were not the strongest of opponents, putting up a weak defence against England’s attacks, but the verve with which they now play is telling.

The pressure and stress that was once associated with togging out for England is seemingly no more, and the proverbial shackles are off this group of players. The players enjoy playing and the fans enjoy watching. This is, in essence, Southgate’s greatest achievement of all: he has made England fun again.

Looking back at Friday’s game, the forward line weave together seamlessly, which is a marvel considering Jadon Sancho was winning his fourth cap. The opening score saw Spurs‘ Harry Kane drop deep and supply a deft no-look pass through the lines to the Borussia Dortmund winger, who set the ball up for Raheem Sterling to tap it into the goal from inside the six yard box.

It was a simple move but that is what Southgate has excelled during his tenure up to now, simplifying tactics and strategies that talented players can prosper in. He did it last summer by aping basketball tactics for set pieces, and he’s doing it now in open play situations. With Kane’s propensity for drifting into the hole, Southgate is clearly asking his wide players to stay narrow to take advantage of the spaces left in behind.

This is by no means a perfect team, and one wonders how they would do against a super power like France, but aside from their cross-channel neighbours, should they fear any other international outfit? In any case, Southgate has created a positive environment in which his charges can thrive. By being open and honest with the media, he has taken the sting out of the often adversarial relationship between the two camps. The mood on all sides is lighter as a result.

Qualification groups have for so long felt like a chore for the English footballing fraternity, something that has to be done but nobody enjoys doing. The team would qualify at a canter without much of a test, we wouldn’t know how good the team actually was as they hadn’t faced a top ten nation in a competitive game, and the football was rarely worth paying for anyway.

For once these games can be savoured, as fans no longer need to be afraid of living in hope. Following a side endowed with talent and a young age profile led by a progressive, forward-thinking manager, they can look to the future with genuine optimism.

Read: “The Godfather of Greed” is on his last legs

See Also: Young Lions — The rising stars at the heart of England’s future