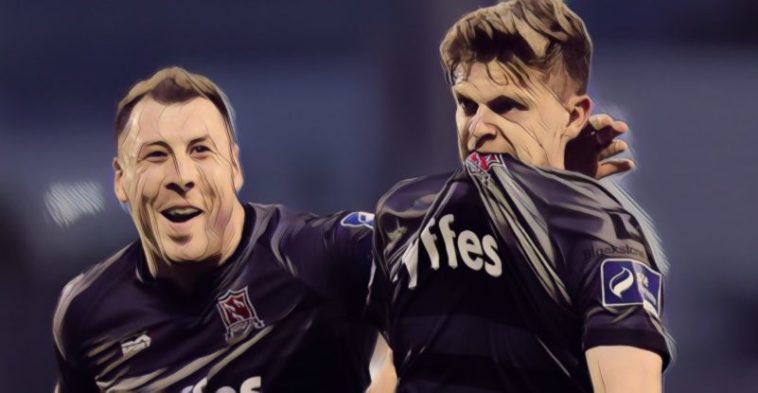 After another exciting round of League of Ireland action, it’s time to see which players performed well enough to make it into The Football Faithful LOI Team of the Week.

Some would argue that he was lucky to get away with the incident with Trevor Clarke being the last man, but what isn’t in question is just how high of a standard the Navan native performs to.

Onto an astonishing 550 appearances in the league and up to 13 clean sheets this season, conceding only 11 in 22 games.

What more can be said about the all-action full back? Showed the coolest head in Tallaght to slot the ball under Alan Mannus for a late and, what could be title-winning goal, in another top-class performance. One hand on the trophy now with an eight-point lead over The Hoops…

Along with Jack Byrne, looked Rovers best two players on the night. Always busy, worked his socks off up and down the left flank and can be proud of his efforts

A bullet back post header grabbed a deserved three points away at the struggling Students. Another accomplished and assured performance from one of the leagues best defenders and his goal tally is now up to three for the season.

An more than eventful night for the Gypsies defender on and off the field. Scored an unlucky OG to level things at the RSC against Waterford, only to give his side a massive three points popping up with a 93rd-minute winner at the other end as Keith Long’s men look to cement a European place for next season.

The night wasn’t over there for the 25-year-old as he was unfortunate to suffer a flat tire on the m50 on his return to Dublin!

Stunning performance away at Turners cross, helping himself to a hat-trick in a massive 4-1 win as the Candystripes look to cement their place in the top four and in doing so becoming the first Derry player to score a hat-trick against Cork City since 1987, matching Johnny Speak, as Derry romped home to a 7-2 victory at the Brandywell many moons ago.

The game changing sub for the Champions and had a massive influence on the game both in attack and defence in his 26-minute cameo.

The 22-year old showed massive composure in the Rovers area to smartly tee up Gannon for the match winner and was heralded by some as the man of the match for the Lilywhites. Makes it look easy at times when on the ball.

Again a joy to watch in possession and desperately needs a front man ahead of him to play off and create for. All of The Hoops good work went through the playmaker and didn’t deserve to be on the losing side.

Dominated midfield at a notoriously difficult ground to to travel to in Turners cross. Maybe somewhat underrated, but a vital cog in this impressive Derry City outfit as the race for a European spot begins to take shape.

Derry need to find slightly more consistency as a side, but Sloggett will be vital in keeping his side driving forward. Grabbed a nice assist for Juniors second of the game.

Picking up where he left off in terms of his form following the mid-season break, and was influential in his sides late snatch and grab three points away at Waterford. Had two brilliant efforts in the game, one forcing Matthew Connor into action with a good stop before hammering the crossbar with a long range effort.

Involved in the opening goal of the evening, linking smartly with Conor Levingston before finding Luke Wade-Slater, whose powerful shot was turned in by the helpless Rory Feely. Cleverly assisted the winner with a low corner kick that Michael Barker turned home.

Who knows how valuable Boyle’s double against Sligo Rovers will prove to be come the end of the season but with the added boost that their relegation rivals have lost two of their most influential players to Shamrock Rovers, things are looking just that bit brighter for Ollie Horgan and his Ballybofey battlers.

A 2-0 win for Finn Harps over Sligo Rovers lifts the hosts off the bottom of the table. #LOI #GreatestLeagueInTheWorld pic.twitter.com/pBEjWVtKNY