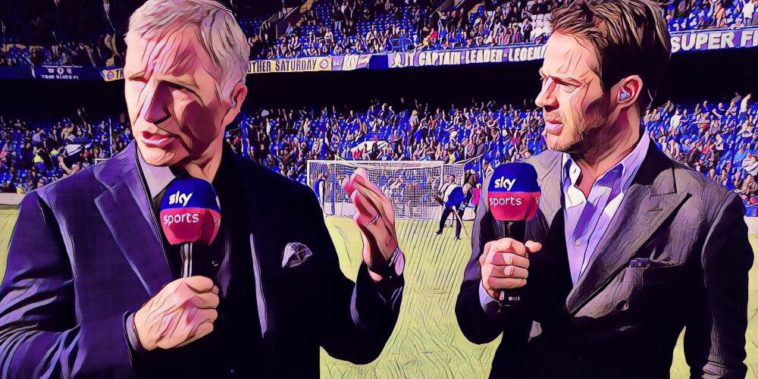 If you only switched on your TV at 1230 this afternoon just in time for kick-off between Chelsea and Manchester United, then you missed one hell of a ding-dong between Sky Sports pundits Graeme Souness and Jamie Redknapp.

What could have possibly sparked such a debate? Well, of course, it was the opinion-splitting figure and Souness’ favourite topic of conversation, Manchester United midfielder Paul Pogba.

Pogba had put in a man of the match performance in his last outing, as he took a starring role in Man Utd’s sensational 3-2 comeback win over Newcastle two weeks ago.

In the build-up to United’s game against Chelsea in today’s early kick-off, the Sky Sports duo were discussing the Frenchman’s influence, in what turned out to be an extraordinary on-air row.

Here is the full transcript…enjoy.

Souness: “You don’t pay that kind of money for someone who can only play against the lesser teams. He has to turn up and show he is a proper player.

“For me he has the potential, but I think in the two years he’s been at United I have not seen any improvement. Is that because United are disjointed or because they can’t find a system that totally suits him?

“I think the manager has bent over backwards to try and play him in what he feels is his best position but I still see a young man who at time looks lost to me.”

Redknapp: “I think we talk about him too much at times. I think it’s not just about him today it’s about Juan Mata, Matic in midfield, how do they stop Jorginho?

“I think that’s a role for Juan Mata today to push on and stop him playing because there is no doubt under Sarri that he’s the dictator in this Chelsea team, so somebody has to do that.

“Responsibility, obviously, and all the talk will always be about Paul Pogba but for some reason I would rather talk about the other players because they have got to stand up as well.”

Souness: “We were looking at a film about him so we have to talk about him.”

Redknapp: “That’s not the point. All I’m saying is everyone always talks about him but he’s not the only one who has been performing poorly all season.”

Souness: “But they paid all this money for him. I think there is a player inside there but I don’t see it in these games. There is still plenty of time for him at 25.”

Redknapp: “He’s a World Cup winner! And it’s not all about him, do you not think the other players have got to do more?”

Souness: “We are talking about him. We could spend the whole show talking about Man United and who’s not doing well. But for me, I expected so much more. He’s got everything he needs to be a top player but I’ve not seen it yet.

Souness: “I didn’t see it at the World Cup either!”

Souness: “So did Giroud, he’s not had a shot in seven games.”

Put your handbags away lads…