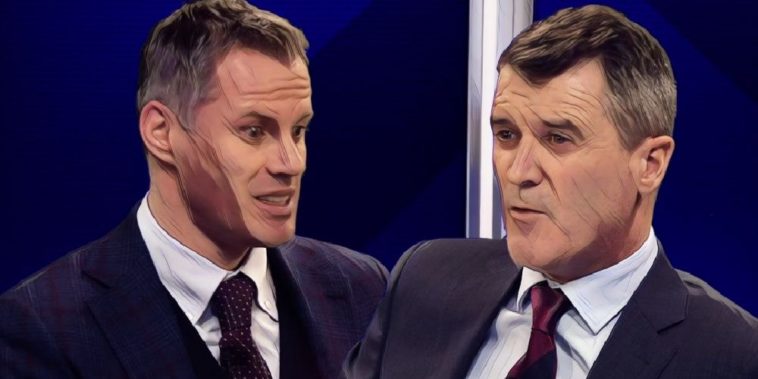 Following the result, the Sky Sports’ pundits were involved in somewhat of a heated debate regarding the progress of United under Solskjaer’s leadership, with former club captain Roy Keane demanding patience and fiercely defending the Norwegian’s tenure so far.

Ex-Liverpool defender Carragher was less accepting of United’s failures in recent seasons, sparking a hotly-contested debate between the duo in the television studio.

Roy Keane: “What happened with the previous managers over the last three years, are you saying they are all bad managers?”

Jamie Carragher: “At Manchester United? You think they did good job? You slaughtered [Jose] Mourinho when he was in the job.”

RK: “But he needed more time.”

JC: “He needed more time, you would have given Mourinho more time?”

RK: “Absolutely, that’s the name of the game. We question Ole that he’s not up to it, we look at his CV, yet for some reason other managers go to clubs and they’re given the benefit of the doubt.”

JC: “Probably the CV gives them the benefit of the doubt.”

RK: “Frank Lampard is at Chelsea, and I saw Chelsea last night.”

RK: “And I would say the same, give him time, give Ole a bit of time, how long has Ole been in the job?”

RK: “Sixteen months, give the man a chance. I watched Chelsea last night, decent team, but they couldn’t get the job done.

“Frank Lampard has lost eight games, but for some reason Frank is doing all right, maybe because he’s English, I don’t know.”

JC: “Well, he’s ahead of Man United and he’s had no transfer window.”

RK: “Frank’s track record, his CV, he went to Derby and didn’t get promoted, but Frank has all the answers for Chelsea, he hasn’t. Give him time. Give the man time. It’s got nothing to do with Ole and all this carry-on. Give him time.

JC: “So who’s the problem? Tell me what the problem is at Man United!”

RK: “David Moyes was given a six-year contract, Alex Ferguson was on the pitch saying ‘get behind the manager and back him’.”

JC: “So you would have kept him on? Would you have given him the six years then?”

JC: “I think he did, yes. So you would still have him there in the job? OK, well how long would you give Ole?”