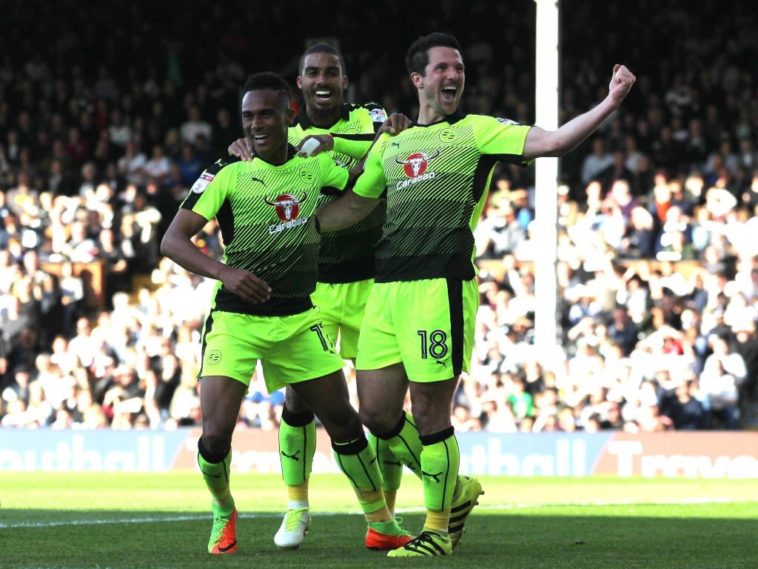 Fulham hosted Reading, in the first EFL Championship Play-off Semi-final with both side standing a chance of progressing to the final with the game finishing 1-1

The Cottagers boasted the home advantage, with the second leg to be played in mid-week.

The first 45 minutes was evenly contested between both sides. Reading were pressing constantly, which for the first 30 minutes worked a charm. The Royals had Fulham in the palm of their hand for the majority of the opening 30 minutes.

However Reading failed to take create any real chances, ultimately they shall be disappointed they did not open the scoring in the opening 45.

On the other hand Fulham started to get into the game just after the opening half and hour of play.

After withstanding constant pressing from the Royals, Fulham finally found their rhythm in the game. In contrast to the opening half-an-hour, it was Fulham who ended the first 45 minutes of play the happier side.

Sone Aluko missed a great chance to give Fulham the lead early on, his shot going wide. This was essentially the only real clear-cut sight of goal for either side in the first half, as it ended goaless.

Then just eight minutes after the restart, Reading broke the deadlock and struck first. John Obita took advantage of the officials claim for play to continue, thus opening the scoring in the process.

Obita scored on the 53rd minute to give the Royals the lead and first blood, in the play-off semi-final.

Jaap Stam would have been delighted at this point, as his side were very resolute and patient. Also between the sides, Reading appeared to come out a bit stronger then Fulham in the second half. The momentum shifted in the favour of Reading.

Following Reading’s goal, Fulham once again worked their way back into the game. After a decent spell of possession and pressure, the Cottagers netted the equaliser.

Cairney’s 13th goal of the season galvanized Fulham. His goal put the Cottagers back in the game and tie, a goal which could prove to be crucial come mid-week in the second leg.

With less than 10 minutes of normal time remaining, Reading captain Paul McShane was sent off. Following an intense and breathless 15 minute period after the goal, the Royals captain was dismissed after a reckless challenge on Fulham midfielder Kevin McDonald.

The man advantage proved to benefit Fulham, McShane’s sending off forced Reading to hold on for the remaining 10 nervy minutes of play plus stoppage time.

Both sides head into the second leg on Tuesday night level. Reading will be pleased with the draw with the return game to play at home, especially after facing the final quarter of the game with their backs against the wall.

On the other hand Fulham will ponder if they could have scored the winner, upon having the better of their opponents for majority of the second-half.

Fulham travel to the Madjeski Stadium for the second-leg on Tuesday evening, with the tie all level.