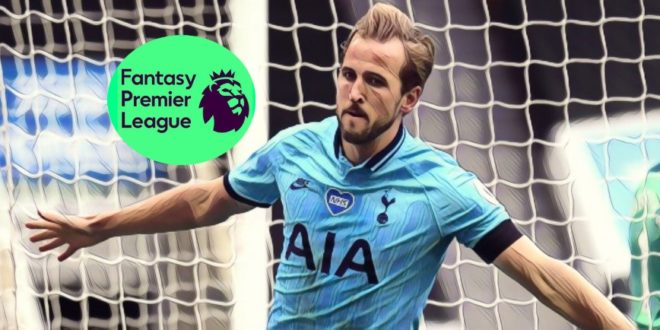 Fantasy Premier League GW38+: Our essential advice for the final week of the season

For the last time this season we give you our expert opinion ahead of gameweek 38+ of Fantasy Premier League.


Buy a ticket to the Pep Roulette

Every so often you get the perfect combination of form and weak opposition. This week it comes in the form of Manchester City versus Norwich City.

The Canaries sprung a huge shock on the 2019 champions in the return fixture, winning 3-2 at Carrow Road. But ever since then they have not looked like staying up and were indeed relegated after a thumping loss to West Ham a fortnight ago. They have lost all eight of their matches since the restart, conceding 18 goals and scoring just once.

Man City on the other hand have not had any trouble finding the net, scoring 29 times in nine matches while defeating Liverpool, Arsenal, Brighton, Burnley and Watford by three goals or more. Despite this phenomenal goalscoring run, many FPL managers are apprehensive about going all in on City. Why? Rotation, rotation, rotation.

Pep Guardiola almost never picks the same team twice and with so many high quality weapons at his disposal, he likes to put as many of them to use as possible. It’s become such a bugbear for managers that there is even a name for it: Pep Roulette.

But here’s the thing: if you don’t buy a ticket to the raffle, then you can’t win it.

It will never not be annoying when one of your starters is benched, but sometimes it’s worth the risk to take that gamble. I luckily had Raheem Sterling (£12.0) on a Free Hit in GW44+ when he scored a hat-trick against Brighton and I was happy enough not to retain him when he didn’t start the next match. But that means I also missed out on those glorious returns in GW37+.

I also chose not to buy Gabriel Jesus (£9.9) for fear of Pep’s infamous rotation, but he has started the last six matches for City, providing three goals and two assists in that time. It’s entirely possible, of course, with Jesus having played the full 90 against Watford and Sterling starting the last two matches in the league and cup, that one or both will be dropped with the Champions League on the horizon. But even if they are, there is always the chance of them coming on and making an impact.

While City have nothing to play for in the table, some of their players are chasing individual accolades. Kevin De Bruyne (£10.6) is desperate to equal Thierry Henry’s record of 20 assists in a single season, while Raheem Sterling has spoken about his desire to reach 20 goals. It is also David Silva’s final home match in the Premier League after a decade at City, so expect him to start for his farewell game.

Norwich are also missing a bundle of first team players, so this match is ripe for a classic City mauling. We suggest, if you don’t own any of them already, picking one of: De Bruyne, Sterling, Jesus, David Silva (£7.5) or Riyad Mahrez (£8.6).

The five most relegated teams of the Premier League era

Take a punt on Spurs

Okay, so this isn’t exactly a punt per se, but I bet you didn’t expect Tottenham Hotspur to be a live option in your FPL thinking a few weeks back, did you?

It wasn’t that long ago that Spurs had no clue what to do in attack, Harry Kane was floundering as a defensive midfielder at times and they couldn’t muster a single shot on target against relegation-threatened Bournemouth.

Since that match they have won three on the bounce, scoring eight and conceding twice along the way. One of the league’s in-form sides at the moment, they come up against arguably the worst team in the league since the restart other than Norwich.

With their Premier League status virtually secured before the season was suspended, Crystal Palace have been playing in their sandals since the restart, winning just one of the eight games. Only Norwich have scored less than their four goals, while they also possess the second worst defence with 17 goals conceded.

This opens the door to bring in Harry Kane (£10.9), who has scored four times in his last two matches. Having scored those goals from six shots, I would usually be worried about a striker maintaining that kind of form, but if Kane is truly back to his best – and he looks to have somewhat returned to that level in recent weeks – then you wouldn’t bet against him repeating the trick against Palace.

Meanwhile, Heung-Min Son (£9.7) has been on form lately too, bagging two goals and two assists in his last three matches. The South Korean was unlucky not to be awarded the opening goal against Leicester at the weekend, instead it was given as a James Justin own goal, but he got into plenty of good attacking areas throughout the game. On another day he would have gotten more returns, but at least Jose Mourinho is finally getting something out of his frontline. With just 8.5% ownership he is a fantastic differential to have.

I don’t see much point in upgrading your defence given the opportunity for bigger gains elsewhere, but if you’re in need of a defender, you can’t go too wrong with Serge Aurier (£5.1), which is definitely not something I ever thought I’d write.

Don’t be afraid to take a risk

It’s the last weekend of FPL until the second week of September, so we might as well make it count. At this stage there is no point in playing it safe. Whether you’re chasing a higher ranking or the top spot in a mini-league, making a sideways transfer makes little sense.

Pick the squad and the captaincy that you think will gain the most points, but don’t be afraid to make that move that your gut is telling you to, even if it is a bit risky. Mark Sutherns, the founder of Fantasy Football Scout, revealed this week that he is going to be captaining Christian Pulisic against Wolves, such is his need to make up a ton of ground.

Now we don’t suggest going quite that far, but if you’re going to go left field then this is the time to do it, especially if you have a Free Hit chip to use. It’s the final day of the season, when weird things tend to happen so let’s go for it.

Looking for some alternative assets to close the gap on your mini-league rival? 👀

These #FPL differentials could be the key 🔑 pic.twitter.com/QUHgPZ5fpu

Other bits of advice:

Thank you to everyone who has been reading our Fantasy Premier League advice this season, we look forward to seeing you again in September.

Read: Jack Charlton wasn’t just a football man – he was a cultural touchstone for a nation

See Also: Appreciating Darren Anderton and his wand of a right peg