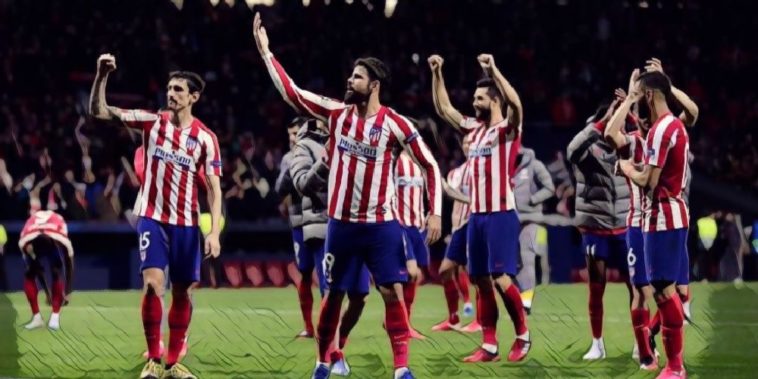 Luis Garcia says he remains ‘positive’ about Liverpool’s chances of progressing to the Champions League quarter-finals ahead of a ‘tough’ last-16 second leg against Atletico Madrid.

The European champions welcome Atletico to Anfield tomorrow evening looking to overturn a one-goal deficit, Saul Niguez scoring the only goal of the game during the first leg in the Spanish capital three weeks ago.

Garcia – who famously won the Champions League in 2005 during a three-year spell on Merseyside and represented both clubs during his career – is anticipating a difficult evening for Jurgen Klopp’s side but believes the Reds have the ‘power, quality and talent’ to book their place in the last eight.

“[I think it will be] tough for both sides, to be honest,” he told Liverpoolfc.com.

“Here in Spain and in Madrid the feeling is a little bit the same – they know Anfield is a tough stadium and not many teams get out alive, the crowd always helps the home team. [But] actually, they know [Diego] Simeone knows how to deal with these kinds of situations.

“After what we saw in the Metropolitano, where they were working the way they normally do – defending very well, waiting for the chance and the fast transitions and counter-attacks they do so well – they still think they can make it.

“And then the other way around, knowing Liverpool and after being there many times in many situations where Liverpool needed to score goals and managed it, they know what Anfield can be if they need to score one, two or three goals.

“I’m quite positive, to be honest. I think Liverpool have the power, quality and talent to overcome the situation and go through to the next round.”

Liverpool have a long and storied history of staging European comebacks including a stunning fightback against Barcelona in last season’s semi-final, though Garcia admits the players will not be thinking of past achievements as they bid to overturn Atletico’s advantage tomorrow evening.

“There are many times where you can point to these kinds of situations. But when you are on the field you’re not thinking, ‘We’ve done it before so we’re going to do it now.’ You’re more focused on what you have to do and trying to give 110 per cent because 100 per cent is not going to be enough.

“The players know the importance of the game, they know they have to give everything if they want to go through because they’re going to face a very tough team – one of those teams that enjoys, and feels comfortable, defending. That’s not easy to break down. But, again, I’m positive.”