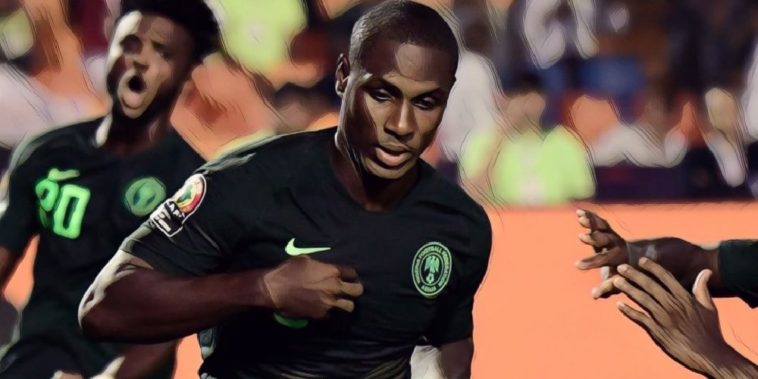 The Nigerian international has moved to Old Trafford on a loan deal until the end of the season, Ole Gunnar Solskjaer bolstering his attacking options by signing the forward on a short-term deal from Chinese Super League side Shanghai Shenhua.

Despite being linked with the likes of Erling Braut Haaland and Edinson Cavani throughout January, the Red Devils would leave it late before securing the signing of Ighalo on the final day of the winter window.

Official: Odion Ighalo will wear the no.25 at Manchester United #mulive pic.twitter.com/dg4md3US68

Ighalo returns to the Premier League following a previous spell in English football with Watford, though former Chelsea and Leeds star Hasselbaink reckons that the move for the 30-year-old proves just how far Manchester United have fallen behind their rivals in recent years.

“He must be the luckiest man! Going to China, being away from Europe nobody seeing him for two and a half years since he was at Watford and then getting a loan move at United,” he told the Sky Sports transfer talk podcast.

“It says how far behind United are from Liverpool, Manchester City and even Chelsea. They have got a big job ahead.

“They needed somebody in. I think he was not their number one and I would be surprised if he was their number two or three as well.

“He is getting an opportunity and he will definitely get minutes and we will see if he can do it.”