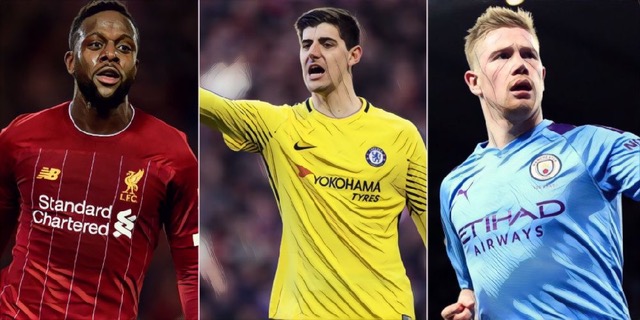 In Limburg, Belgium, Genk’s youth academy approach communication uniquely, applying training sessions for kids in multiple languages, like English and Dutch, developing the linguistic skills of their footballers at the same time as their footballing skills.

It is no surprise then that many of the young Belgians who graduate from Genk’s academy hit English shores soon after breaking into the first team. What is surprising, is how these players have taken the league by storm.

Although the senior team can’t keep hold of the best young players the club has produced, the club has been able to compete domestically and earn European nights like their recent trip to Anfield by producing some of the highest quality players in the world in recent years.

With an impressive focus on education, training using game realistic exercises, and an emphasis on slick, one-touch passing moves, the club has developed players with an identity synonymous with the Belgian national team that it feeds, which has become one of the best sides in the world.

Here’s a look at five of the best KRC Genk academy products:

De Bruyne is arguably the best player in English Football, with the level of creative talents summed up this season when he broke Mesut Ozil’s record of being the fastest player to reach 50 Premier League assists.

His phenomenal technique in passing, shooting, and crossing the ball ensures the playmaker stands out among one of the most talented squads in the world and Man City fans will be hopeful nothing comes of his recent comments that he may leave the Etihad if the clubs two-year ban from the Champions League is upheld.

After four impressive years with Genk’s senior team, De Bruyne was loaned out and eventually shipped out by Jose Mourinho at Chelsea. After making a name for himself at Wolfsburg, he set out to return to the Premier League and prove to his former side how wrong they were. He has done that and more.

Having been in the two most recent Champions League Team of the Seasons, and the most recent World Cup Dream Team, De Bruyne appears to only reaching his prime at 28 years of age.

The six-foot-six ‘keeper started in Genk’s academy as a left-back but by completely changing his game he has gone on to become one of the world’s best between the sticks.

Much like many of his international teammates, Courtois completed a move to Chelsea not long after making his breakthrough at senior level. After impressing on loan at Atletico Madrid during their famous La Liga triumph in 2014, he was a key part of Jose Mourinho’s title-winning side in 2015, before moving on to Real Madrid in the summer of 2018.

After forcing a move to Los Blancos, the shot-stopper struggled at first, leading Chelsea fans to think they were lucky he left and Madrid fans to think their club had made a huge mistake. In recent times, he has proved those doubters wrong, having been in inspired form this season until the COVID-19 pandemic temporarily ended football in March.

With Spanish football back on June 8th, Courtois will look to continue his fine form and bring himself back into the discussion about the best goalkeeper in the world.

After Ngolo Kanté left Leicester, it would have been a fair assumption that the club would struggle to replace the energetic holding midfielder with someone half as good. Then came Wilfred Ndidi.

Ndidi went very quickly from impressing Genk scouts at an underage tournament in Lagos to being part of the club’s first team. After impressing over two seasons in Belgium, Leicester invested £17 million in the young Nigerian.

The defensive midfielder is currently a crucial part of Brendan Rodgers’ top four challenging Leicester side, while simultaneously studying for a degree in Business and Management at De Montfort University.

The Nigerian international has also stated his intentions to set up a “football resort”, in Nigeria, where people “can stay and play football while getting an education at the same time”. Ndidi’s character is as high quality as his footballing abilities, and 23-year-old seems destined to compete at the very top level sooner rather than later.

He’s made quite an impression since… pic.twitter.com/ffwvNhDYuo

The Belgian striker has become a cult-hero at Liverpool as Jürgen Klopp’s men have become one of the most formidable sides in Europe.

After spending nine years in Genk’s academy from the age of six, Origi moved to Lille’s. He impressed for the senior side, earning a move to Liverpool during Brendan Rodgers’ time in charge of the team.

With multiple injuries and loans abroad, he initially struggled to make an impact at Anfield. Klopp showed faith in the young striker, ushering out Daniel Sturridge in favour of him. He has become the perfect squad player for the Reds, able to seamlessly replace any of Liverpool’s star front three players when needed.

He has managed to play a key role in the side’s recent success, with last-minute Merseyside derby winners, a goal that settled a Champions League final, and of course that goal against Barcelona.

A lesser-known product of Genk’s academy, Timothy Castagne is part of the Atalanta team that has taken this season’s Champions League by storm. The young right-back has impressed in Serie A and has been linked with a move to England.

The 24-year-old has refused to sign a new contract with Atalanta and has publicly stated that he would like his next club to be a Premier League side, links with Tottenham and Leicester look likely to lead a transfer sooner rather than later.

🔵⚫ AND NOW ATALANTA HAVE EQUALISED!

⚽ Incredible scenes as Castagne completes the comeback, 2-2 at full time!

🤦‍♀ Fiorentina’s wait for a win goes on after leading 2-0! pic.twitter.com/1i1GXxMWZ9

Having played a starring role in Atalanta’s top-four finish last season, the Belgian international is also available for a reasonable fee, with just one year left on his contract.

The technically able full-back has proven himself as solid defensively as well as comfortable on the ball and looks set to show the Premier League what he is made of soon.