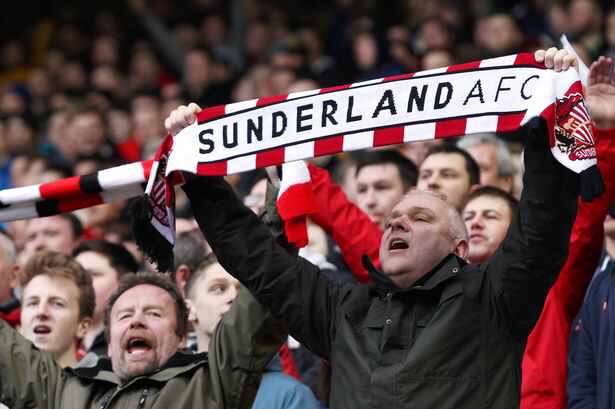 Football and the Fan. Is the gap between the games elite and the fans at an irreparable distance?

This week in the Canadian Parliament, a host of Conservative MPs laughed uproariously when the Member for Edmonton Mill Woods, Amarjeet Sohi, said that he had previously worked as a bus driver.

Putting aside my personal politics for second (although I will heavily imply what I believe throughout this article) these pr*cks and their attitudes should die! Obviously I don’t believe that and I’m sure the legal department of this website would agree that the last sentence was intended wholly in jest as an outrageous misdirection to the reader, and if all Conservative MPs did die, it would be an absolute tragedy. If albeit quite a good thing long term. (Seriously, I am joking)

Putting that to one side, it got me thinking about how those high up in the biggest industries relate to the working man nowadays, if at all.

The big business and the working man

We’ve all heard the cries from the West Ham fans regarding their move into the Olympic Stadium. The stadium itself is supposedly incredibly similar to Mount Olympus in the sense that no more than five mortal humans are allowed entry and wherever you sit you are in the gods.

From the point of view of a Sunderland fan the outlook is especially bitter at the moment. ‘Deus Absconditus Ellis Short’ is seemingly not interested in owning, financing, or even attending the club any longer. I secretly harbour a longing for the days of Sir Robert Sidney Murray.

Now, before I get more tweets than usual from people calling me ‘big billy tossface’, I absolutely agree that he was somewhat out of his depth when he and Sunderland parted ways in 2006.

Bob Murray made his money through kitchen sales, and when Sunderland got relegated with just 15 points, the lowest ever at that time, he quite rightfully decided it he couldn’t stand the heat and got out of the, well, club.

​However, in defence of Mr Murray, he was a true Sunderland man through and through. He even sold the club for far less than it was worth, reportedly £10m.

Sunderland built the Stadium of Light for just £27million and now had one of those new ‘modern’ stadiums that were often talked about at the time. To put that into context, Arsenal built the Emirates for around £400million, 14 times more than Sunderland paid.

​In 1996, Bob Murray built the arena in which generations of our families will watch Sunderland capitulate to teams they really should be beating, and we really have to thank him for that.

Its not just Sunderland though. Look at how much Middlesborough fans respect Steve Gibson, has he always made the right choices? Absolutely not, but does he get it? Almost certainly. It just feels the divide between us fans and the industry of Football may be so wide now its insurmountable.

However not all owners seem to care. You can say what you like about Lee, Bernstein and Wardle, and many do, but they at least cared a tad about Manchester City and its history.

If it were more profitable to replace the football with a giant Ikea, I tend to think they would.

Radio 5Live would be proclaiming ‘Alright he’s had some early bright performances, but Gabriel Jesus is still a newcomer to the Allen Key, if you need proof of that just look at the top of the table’.

If we take, for example, the case of Arsenal’s begrudging attitude to Wenger. The board have no reason to sack him because he consistently makes Arsenal PLC a tidy profit, but surely any fan would want to build towards something? Not just accept a humiliating defeat in the latter stages of the Champions League every year in exchange for a continuation of high levels of corporate sponsorship and ad revenue?

Do the footballers even care?

​Its not just the owners of course. For many an away trip have elder fans sat down opposite me at empty, beer can filled train tables and told self contradicting tales of footballers in lace up shirts who regularly dinged the bell in their shop doorways.

They undoubtedly had nicknames for each other, probably ‘Gazza’ and ‘Hello mate’ respectively, but there appeared to be some kinship there. ‘You don’t get that now’, they’d say, and I’m starting to contend with the idea that they may be right.

So, the question begs, are we too far away from our heroes nowadays? Does this tribal and generational culture of football supporting tally with the game of today? Do we like to watch the likes of Lincoln beat Burnley and cheer on the underdog because those men are in some way similar to us?

Overpaid and out of touch.

​I specifically remember last season with Steven Fletcher and Joleon Lescott instagramming/tweeting pictures of their sports cars after losses in a way that infuriated the attending support. 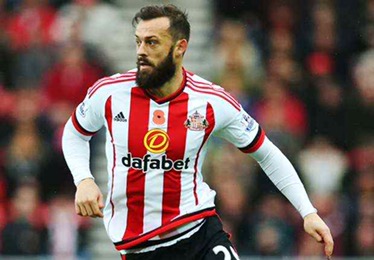 These may be outlying examples of players who no longer hold passion for the game, but surely players of their quality and level of performance being able to pay for flash new sports cars feels wrong regardless. The facts are footballers now seem ludicrously rich and yet teams seem to generally make a loss.

There has been a recent spike in revenues but this has been outweighed significantly by the top clubs. The revolution of oligarchs from across the globe buying football teams seems inherently justifiable when they’re the only people with the money to burn on wages.

You almost need a Saudi billionaire to keep a team of Ben Fosters or Daryl Janmaats afloat. With this industry so favouring them, to the detriment of the clubs and fans, do these players even know what its like to be a normal football supporter any more?

​I decided to the theatre last Friday, and whilst I was there I noticed Jimmy Montgomery. Jimmy Montgomery, the goalkeeper who double handedly won Sunderland the FA Cup. He was there because Rob Lawson, a former Sunderland Echo editor had written a play, and he’d come to support the effort. It was a unique moment of fan-player love, respect, and interaction.

My question is: Will we be able to say the same in 40 years time?

Do you agree? Is the gap between us, The Football Faithful, and the Football Elite growing to irreparable distances? Leave us a comment